US: No formal request from Philippines to remove military 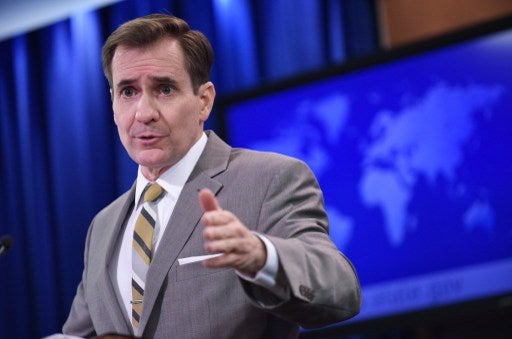 WASHINGTON— The State Department says the Philippines has not formally requested the removal of U.S. military personnel after its president said he wanted American forces out of Mindanao and blamed the U.S. for inflaming Muslim insurgencies in the region.

Department spokesman John Kirby said Monday that the U.S. is aware of President Rodrigo Duterte’s comments, but is “not aware of any official communication by the Philippine government to that effect and to seek that result.”

He says the U.S. remains committed to its alliance with the Philippines.

Last week, President Barack Obama called off a meeting with Duterte at a summit of Asia-Pacific leaders after the Philippine leader used the phrase “son of a bitch” in warning that he wouldn’t accept lectures from Obama on human rights./rga