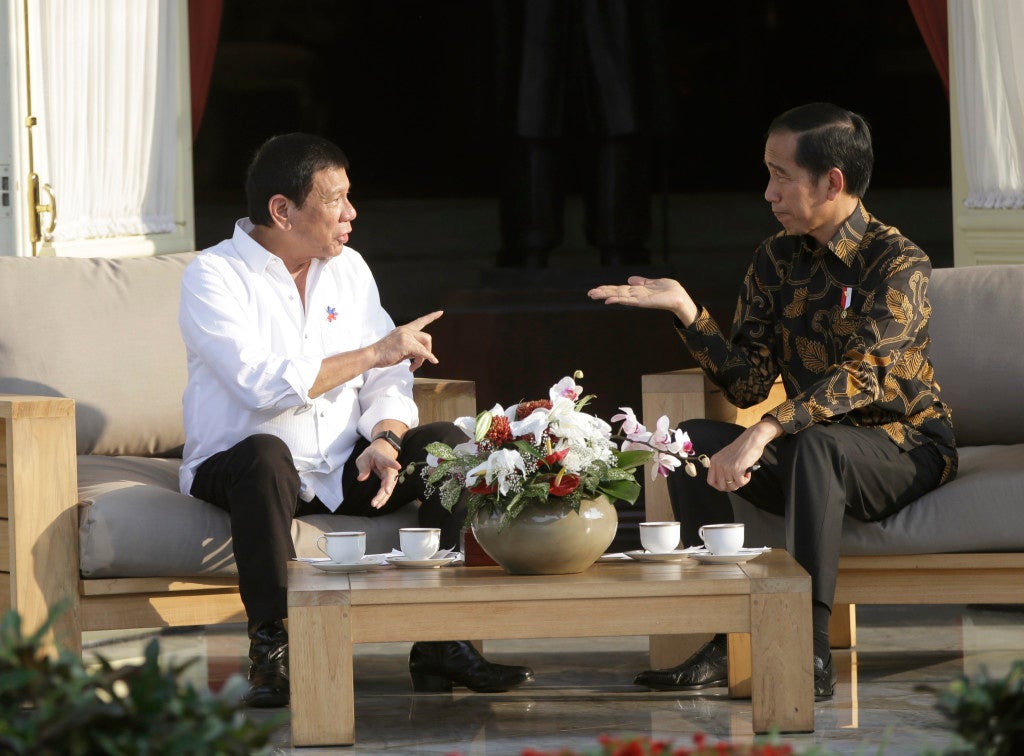 The fate of Philippine death row drug convict Mary Jane Veloso hung in the balance as Indonesia and the Philippines gave conflicting statements regarding her possible execution.

Although the first visit of the gaffe-prone Philippine President Rodrigo Duterte to Indonesia last week proceeded smoothly, the bilateral ties between the two nations have been put to the test following a remark by President Joko “Jokowi” Widodo saying that his counterpart had given the go-ahead for Veloso’s execution, a statement that was not only met by rebuttal from Manila, but also sparked criticism at home.

Veloso was spared execution in April last year after a woman came forward in her home country to admit that she had duped Veloso into smuggling drugs to Indonesia.

The Philippine authorities have since asked for her to testify as a witness in the ongoing trial of her alleged trafficker. Veloso was excluded from the list of convicts in a further round of executions in July.

Jokowi was quoted by Antara in Serang, Banten, on Monday as saying: “President Duterte, at that time [during the bilateral meeting], said [Indonesia could] press ahead if [she is] indeed to be executed.” Jokowi further said that Attorney General M. Prasetyo would follow up with the legal process to execute Veloso.

Jokowi has been widely criticized, at home and abroad, for launching a tough campaign of executing death row drug convicts. But Duterte has sparked an even greater international uproar for his much tougher stance on drug abusers and dealers.

Under his watch, extrajudicial killings of suspected drug dealers and abusers have taken place on a wide scale. Various media outlets have reported that more than 2,000 suspected drug abusers and dealers have been killed since Duterte launched a war on drugs after he was sworn into office on June 30.

Manila was quick to deny Jokowi’s claim. Philippine Foreign Minister Perfecto Yasay Jr. said Duterte did not give the go-ahead for Veloso’s execution, but simply told “the Indonesian President that he respects their judicial process and will accept whatever the final decision they arrive at regarding her case”. Veloso’s execution, Yasay added, had been indefinitely postponed.

Presidential spokesman Ernesto Abella said Duterte only told Jokowi to “follow your own laws” and that “I will not interfere”, as reported by a number of media outlets in the Philippines.

Before Monday’s controversy, which became a trending topic on social media both in Indonesia and the Philippines, Duterte was tight-lipped regarding Veloso’s fate, raising questions as to whether he would press ahead with his plan to plead with Jokowi for mercy for Veloso. Before making his trips to Jakarta and the ASEAN summit in Laos, Duterte had said he would respect Jokowi’s decision and Indonesia’s judicial system if his counterpart rejected his pleading.

Upon returning to the Philippines over the weekend, Duterte told local media that he could not divulge the details of his talks with Jokowi before speaking to the Veloso family.

Earlier, he told reporters in Jakarta immediately after the meeting with Jokowi that details from his conversation with the Indonesian President were not for public consumption.

Anis Hidayah from the NGO Migrant Care called on both Jokowi and Duterte to show compassion toward migrant workers in both countries, warning that they were prone to becoming victims of drugcartels.

“Mary Jane is only one of many cases of female migrant workers facing the death penalty for crimes they did not commit,” she said. “There is also Merry Utami,” Anis said, referring to an Indonesian woman who was spared execution last month.

Jokowi would also face difficulties in seeking to protect the lives of Indonesian migrant workers overseas if he ignored the rights of Veloso, warned Anis.