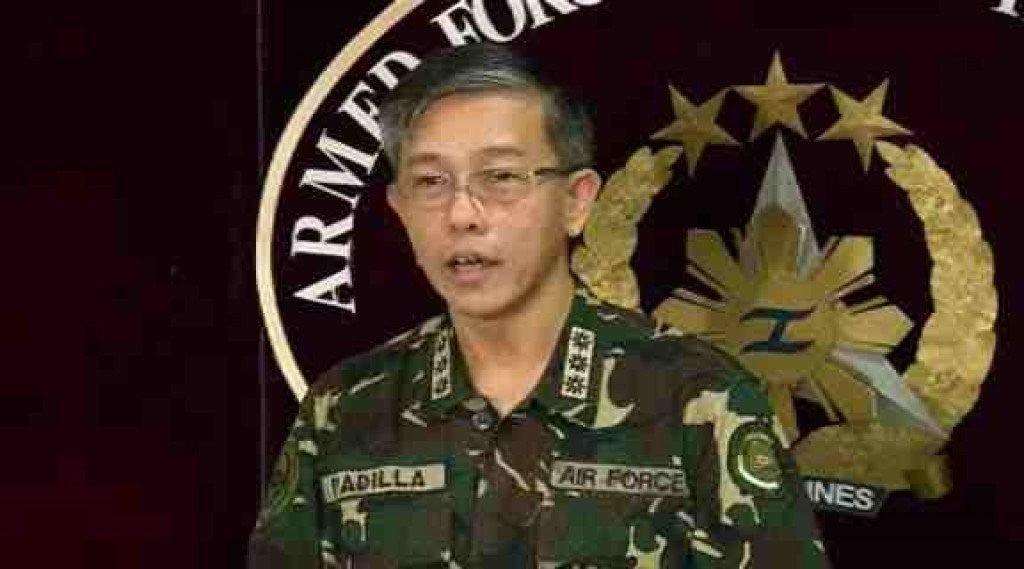 The Philippine military said on Tuesday that they see President Rodrigo’s pronouncement on calling for the removal of US troops in Mindanao as an expression of concern for their safety.

“We take due notice of the pronouncement of the Commander-in-Chief President Rodrigo Duterte expressing his concern of the safety of US Servicemen in Mindanao,” Armed Forces spokesperson Brig. Gen. Restituto Padilla said in a statement sent to the media.

“Pursuant to the same statement, he desires that our American counterparts should be eased from harm’s way,” he said.

In one of his speeches on Monday, the President said he wants the US troops in Mindanao to leave.

Padilla said they have yet to receive a specific instruction about the President Duterte’s opposition on the presence of American troops in Mindanao.

“We are yet to receive any specific directive as to how this pronouncement will be effected. We understand that the implementation of the said pronouncement is the subject of deliberations by concerned departments like DND and DFA to mention some,” he said.

The spokesperson said the pronouncement will affect only a few American servicemen who are confined mainly in Zamboanga City, providing technical assistance to their Filipino counterparts.

Padilla assured the public that the relationship with the US remained “rock solid.”

“We assure our people and allies that PH-US defense relations remain rock solid. Activities lined up for the year continue without interruption. Consultative planning activities for 2017 and beyond likewise remain on track,” he said. JE

ADVERTISEMENT
Read Next
Indonesia, Philippines in spat over Mary Jane
EDITORS' PICK
Smart poised to turn PH into ‘Smart 5G country’ with nationwide rollout
Water remains our saving grace right now
Get 80% OFF Ignite 2020 Cyber Tickets starting 28 September
House to probe Facebook takedown of gov’t accounts
Feud is over: Velasco next Speaker on Oct. 14
Duterte meets with Cayetano, Velasco amid speakership issue
MOST READ
Velasco to take over as Speaker on Oct. 14
2 PDP-Laban allies in House jump over to Lakas-CMD
LOOK: The Mountain from ‘Game of Thrones’ welcomes first son with wife
Gun attack in PMA: Air Force man killed, 2 others wounded
Don't miss out on the latest news and information.