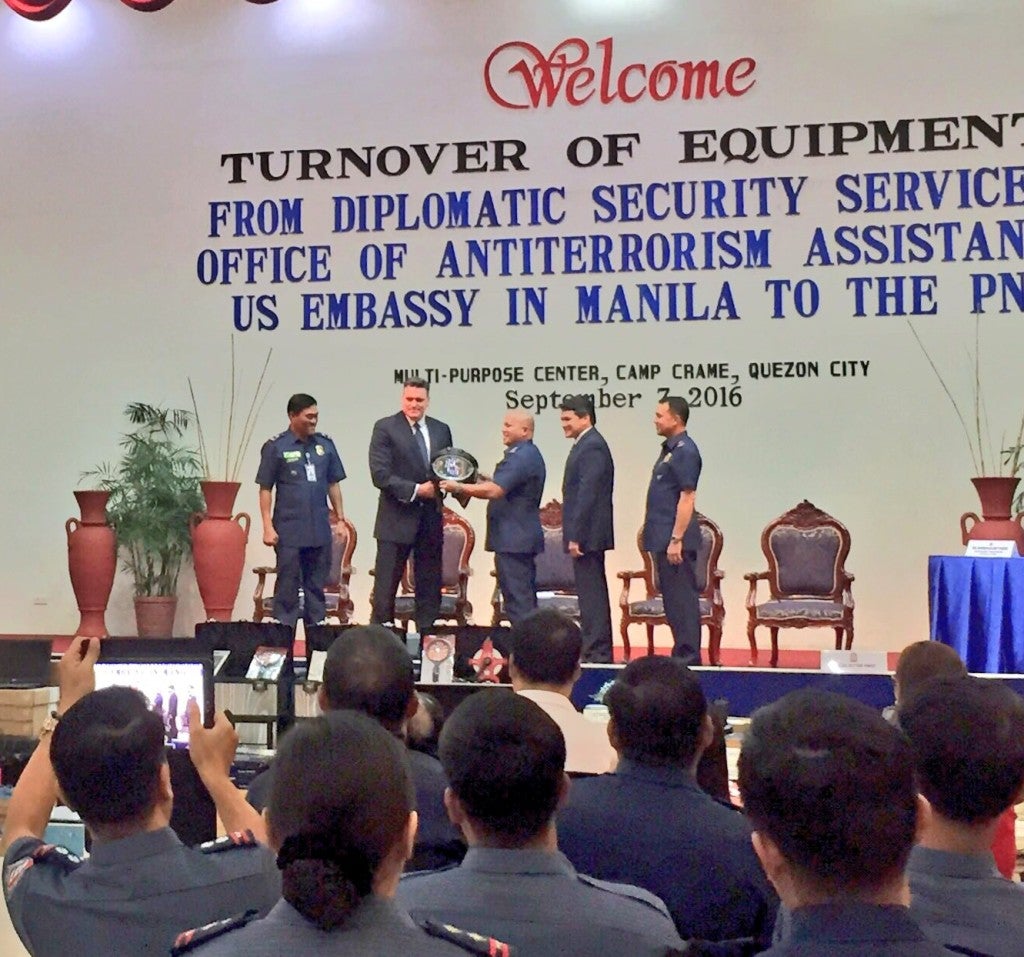 The ties between the United States and the Philippines remain strong, at least for the top cop of the Philippine National Police.

The US government donating P42-million worth of security equipment to the Philippine police to bolster its anti-terrorism efforts just proves that the partnership of the two countries remains solid amid the exchange of controversial remarks between President Rodrigo Duterte and US President Barack Obama, the PNP chief said Wednesday.

But PNP chief Dir. Gen. Ronald “Bato” dela Rosa, in a speech at Camp Crame, admitted in jest that he was afraid the US Embassy’s Diplomatic Security Bureau might take back its donation to the police force.

“I was afraid this morning when I heard the news that since President Obama cancelled the meeting with President Duterte, you may also cancel the turnover of equipment. Now don’t take them back because you’ve turned over these to us,” a laughing Dela Rosa said before US Embassy and PNP officials during the turnover ceremony.

Obama decided to call off his meeting with Duterte after the latter launched a profanity-laden tirade against the US president for attempting to discuss with him extrajudicial killings in the Philippines.

After the brief ceremony, Dela Rosa said the relationship between US and Philippines will remain good despite a “tampuhan (misunderstanding)” among the leaders of the two countries.

(Hopefully our relationship with the US government isn’t affected. It’s only a little misunderstanding.)

(Otherwise, if [ties] are broken, the turnover of these equipment should have been canceled. We’re all good.) TVJ