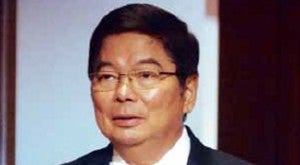 MANILA — Neither last week’s deadly blast in Davao City nor President Rodrigo R. Duterte’s profanity-laced remarks against US President Barack Obama have been making domestic markets jittery as the economy stands on strong fundamentals, according to the Bangko Sentral ng Pilipinas (BSP).

Asked on the sidelines of Euromoney’s Philippines Investment Forum Tuesday if Mr. Duterte’s controversial remarks that led to the cancellation of his meeting with the US President affected investors’ view, BSP Governor Amando M. Tetangco Jr. told reporters: “If you look at market behavior so far, yesterday and this morning, we haven’t seen any negative market reaction.”

“I think the market will be influenced more by what the Fed will do and what the other advanced economies will do. So it will be more externally driven at this point,” Tetangco added, referring to the US Federal Reserve’s looming rate hike seen before yearend.

As far as the equities markets were concerned, “there’s been no sell off or major negative impact,” Tetangco said.

The BSP chief nonetheless said: “I think what we would need is to explain better what the objectives of the policies of government are.”

“There are, of course, very important objectives that the government is trying to pursue and this will have to be communicated well to the public to avoid any possible misunderstanding. We must avoid lack of information that could lead to a different picture,” Tetangco added. 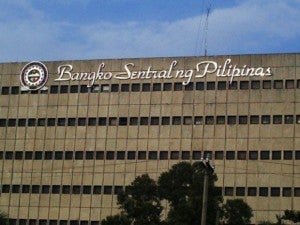 With regards the government’s declaration of a state of lawless violence, Tetangco said that while it has not affected market sentiment, “the objective of this is, I think, to improve the peace and order situation in the country.”

“That is going to be effective for investments over the longer term. In the meantime, what we need is to communicate the policies of the government better—to explain the actions as well as the intentions,” Tetangco said.

In his speech at the conference, Tetangco said that despite challenges here and abroad, “the Philippines means business.”

“I believe the Philippine economy continues to offer a convincing case for investment and sustained growth. I say this with confidence because the Philippines has a good solid track record,” Tetangco said, citing for instance the country’s sustained economic growth for 70 straight quarters as well as the recent resurgence of the manufacturing and tourism sectors.

“I wish to emphasize… that the Philippines is a destination not only for flighty capital. The Philippines is, more importantly, a destination for serious investment. I am able to say this with conviction because we do not only have a solid macroeconomic track record, we also have the institutions that are critical to sustaining such a strong economic performance,” Tetangco said.

Despite the potential negative impact of China’s  economic rebalancing, concerns on the looming Fed hike and further monetary easing in Japan and Europe, the “Brexit” as well as domestic risks from natural calamities, Tetangco said “the Philippines is not immune to risks but our view is that these risks right now are manageable.”

“On balance, the Philippines continues to forge an economic growth story that puts emphasis not only on strength but also on long-term stability and resilience. The fact that the Philippines has just entered the ‘demographic window’, in contrast to the aging population of some neighboring economies, undergirds our long-term resilience. We have a young and vibrant population that is both a steady employment and consumer base, that opens up a lot of possibilities for investment. Many industries are already burgeoning and seizing the opportunities the demographics present,” Tetangco said.

“There is fiscal space to pursue infrastructure investments geared towards increasing the productive capacity of the economy. And the new administration has promised to ramp up infrastructure spending,” the BSP chief noted.  SFM