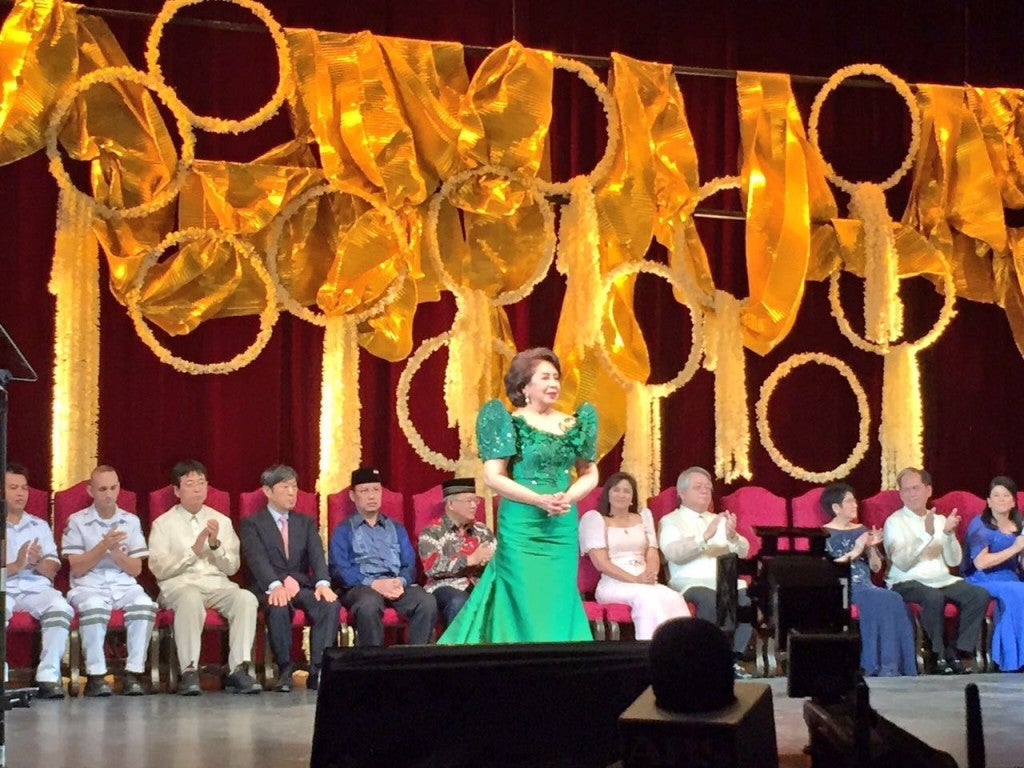 Morales instead read a letter to her grandchildren when she delivered a message before her fellow awardees and other esteemed guests that include Vice President Leni Robredo.

“Allow me to break tradition by reading a letter to my grandchildren who call me ‘Grand C.’ ‘Dear Ennio and CeCe, Grand C just received this prestigious recognition. I’m often asked, why and how I continue to work?” Morales, wearing an emerald green Filipiniana, said in her acceptance speech.

The usually feisty Ombudsman then told her grandchildren in her letter: “I can now tell you my secret. I draw inspiration and energy from you. I continue working because I want to secure a just and honest society for you and for every Filipino child.”

Morales noted there are millions of children who are “being robbed of a bright future by those consumed with greed and lust for power.”

Morales was appointed by former President Benigno Aquino III in 2011 and the fifth ombudsman since the office was established in 1998.

She was lauded for filing cases against high-ranking officials, including a former president, former vice president, incumbent senators, congressmen and governors.

From 2011 to 2015, Morales raised the conviction rate of cases the anti-graft body handled before the Sandiganbayan from 33.3 percent to 74.5 percent.

Morales obtained her Bachelor of Arts in Economics in 1964 and Bachelor of Laws in 1968, both from the University of the Philippines.

Before being the Ombudsman, she served as Pasay City Regional Trial Court Judge, Court of Appeals Justice and a Supreme Court Associate Justice.

She was recognized by the Ramon Magsaysay foundation for “her moral courage and commitment to justice in taking head-on one of the most intractable problems of the Philippines; promoting by her example of incorruptibility, diligence, vision and leadership the highest ethical standards in public service.”
Besides Morales, the other awardees are Bezwada Wilson and Thodur Madabusi Krishna from India, Dompet Dhuafa from Indonesia, Japan Overseas Cooperation Volunteers from Japan and Vientiane Rescue from Laos. TVJ