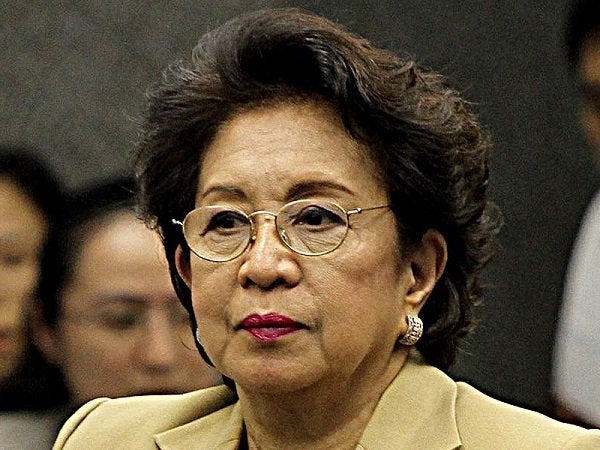 Ombudsman Conchita Carpio-Morales has been given the distinction of being one of the awardees of the prestigious Ramon Magsaysay Awards for 2016.

The award-giving body, which is widely regarded as the Asia’s equivalent of the Noble Prize, extolled Morales for “restoring the faith in rule of law.”

“In electing Conchita Carpio-Morales to receive the 2016 Ramon Magsaysay Award, the board of trustees recognizes her moral courage and commitment to justice in taking head-on one of the most intractable problems in the Philippines; promoting by her example of incorruptibility, diligence, vision and leadership, the highest ethical standards in public service,” the Ramon Magsaysay Award Foundation said in a statement.

READ: Ombudsman Morales: My job is to indict the corrupt

The 75-year-old public servant, said that she “radically improved the efficacy and credibility” of the Ombudsman and “has shown the way towards a more coherent, concerted action against corruption.”

“She is, quite simply, an inspiring public servant,” the foundation added.

Aside from Morales, the other awardees are Bezwada Wilson and Thodur Madabusi Krishna from India, Dompet Dhuafa from Indonesia, Japan Overseas Cooperation Volunteers from Japan and Vientiane Rescue from Laos.

Morales was appointed by former President Benigno Aquino III in 2011 and the fifth ombudsman since the office was established in 1998.

The Ombudsman obtained her Bachelor of Arts in Economics in 1964 and Bachelor of Laws in 1968, both from the University of the Philippines. Before being the Ombudsman, she served as Pasay City Regional Trial Court Judge, Court of Appeals Justice and a Supreme Court Associate Justice. RAM