Number of OFWs rises in Qatar despite reported layoffs 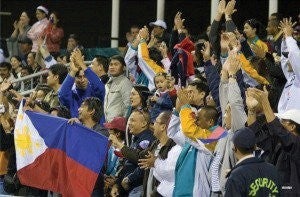 SAN FRANCISCO — Despite reported layoffs in various companies in Qatar due to the plummeting price of oil, the number of overseas Filipino workers (OFWs) deployed in that country in the first quarter of 2016 has risen significantly.

“The number of labourers reached 2,762 in Q1 of 2016, an increase by 2,052 (nearly tripled) compared with Q2 of 2015 figures (710). These include cleaners, guards and watchmen, construction workers and other types of labour workers,” according to QatarDay, quoting Gulf Times.

Meanwhile, the number of OFW professionals had more than tripled from 415 in Q2 of 2015 to 1,379 in Q1 of 2016. These include engineers, nurses, software developers, geologists, soil experts, architects, bankers, professors, teachers, scientists, doctors, pharmacists and other Philippine Regulation Commission-licensed individuals. Filipino household workers also benefited when Indonesia stopped sending domestic workers to the UAE and all other Arab countries.

Filipino professionals in Qatar, like in many parts of the world, are the employers’ preferred choice.