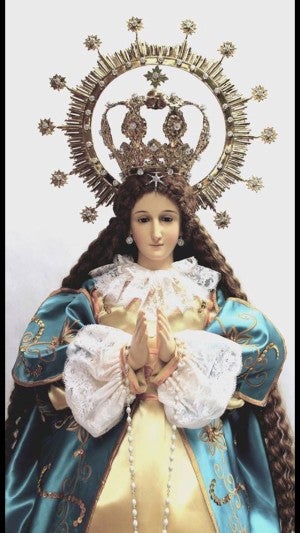 LOS ANGELES — Thousands of Marian devotees will flock to the Cathedral of Our Lady of the Angels on Sunday, September 25, to observe the 60th anniversary of the Canonical Coronation of Virgen de los Remedios.

The afternoon festivities will start with a procession by Latino and Filipino devotees. The award-winning Immaculate Heart of Mary Children’s Choir will sing at Mass, accompanied by musicians from the Filipino American community.

Filipinos’ widespread devotion to the Virgin Mary goes back to the Spanish era, during the galleon trade between Mexico and the Philippines. In 1571 the Augustinian missionaries brought the oldest Marian image of Nuestra Senora de Guia. Pope Gregory XIII and Pope Clement VIII decreed in 1578, the erection of the Manila Cathedral under the tutelage of the Immaculate Conception.

The image of Nuestra Senora del Rosario was brought by the Dominicans in 1587. She became a national treasure and symbol of peace after Spanish forces repulsed the Dutch invasion in 1646. One of the first churches built in 1588 was named after Nuestra Senora de los Remedios located in the Malate district.

With a growing Communist movement in 1952, Bishop Cesar Maria Guerrero, born in Malate and first bishop of the newly established diocese, entrusted the province of Pampanga to the patronage of the Blessed Mother. He sent out the image of Virgen de los Remedios to visit every village, town and city so that people could gather in prayer.

In 1956 Pope Pius XII bestowed the canonical crown to the revered image in recognition of Kapampangans’ devotion to Mary. Numerous miracles and answered prayers have been attributed to the intercession of Virgen de los Remedios. The people of Pampanga held to their faith during the 1991 devastation of Mt. Pinatubo eruption. Since then, the province has risen from the ashes and recovered. 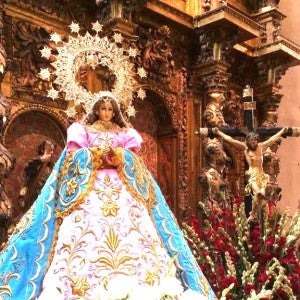 During the end of World War II, Pampanga became the stronghold of US and Filipino forces with Clark Air Base. It is not surprising that Kapampangans are among the biggest Filipino minority group in the United States. Like any other immigrants, they have a longing for traditions and culture. They found a common venue at Immaculate Heart of Mary Church. The pastor, Reverend Rodel Balagtas, a Kapampangan, brought the September tradition of re-enacting the canonical coronation at the Cathedral of Our Lady of the Angels.

With the universality of the devotion to Virgen de los Remedios – from South of France, to the region of Andalucia, on the southern coast of Spain, the pyramids of Cholula Mexico, the villages of Dominican Republic, Bolivia, Argentina, Sri Lanka and India, devotees turn to Mary, to provide for their necessities and bring them together in Christ. A crown will be presented to her, a symbol of her dominion.

Filipinos are invited to come in national costumes and bring their Marian images. Organizations are asked to bring their banners and join in the procession, which will begin at the Cathedral Plaza.