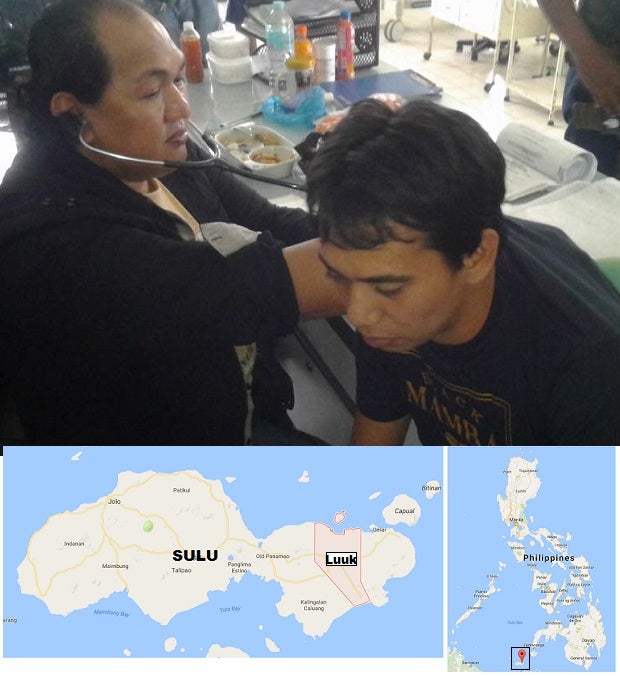 Indonesian Mohammad Sofyan is examined by Dr. Raden Ikbala before his return to his country. He escaped from his Abu Sayyaf captors in Luuk, Sulu on Wednesday morning.  CONTRIBUTED PHOTO

Sofyan was later secured by residents of coastal Barangay (village) Bual in Luuk and brought to Municipal Police Station.

Tan said Sofyan, 28, ran away from his captors and found his way to a mangrove area.

Ikbala said Sofyan claimed there were two of them (another Indonesian, who escaped when their guards were sleeping at 1 a.m. Wednesday.

Tan said they were still trying to locate the other Indonesian.

But while an Indonesian escaped from his captors, a Filipina teacher was kidnapped in Jolo town on Tuesday morning.

Ikbala told the Inquirer that a certain Sandra, a teacher at the Madjunun Elementary School, was abducted while she was on her way to school on Tuesday.

Ikbala said Sandra is a wife of a Marine soldier. RAM