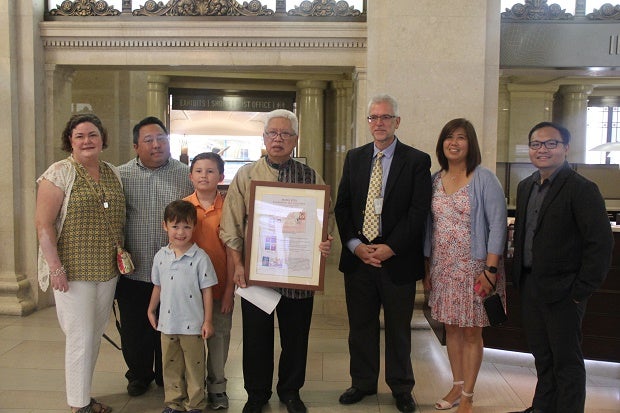 Mr. Roberto Mercado (5th from left) hands over the commemorative Mama Sita stamps to Mr. Ted Wilson (6th from left) of the Collections Department of the National Postal Museum on 15 August 2016.

A statement from the Philippine Embassy in Washington said a simple turnover ceremony, attended by embassy representatives, was held on Monday. The commemorative stamps were issued by the Philippine Postal Corporation to recognize Reyes’ influence on Philippine cuisine, in time for her birth centenary in 2017.

Roberto Mercado, consultant and representative of the Mama Sita Foundation, which donated the commemorative items, said the stamps “signify the flavors that the Philippine cuisine offers as well as the country’s vision of sharing our biodiversity to the rest of the world.”

“We love to have it,” Ted Wilson of the Postal Museum’s Collections Department was quoted saying.

Mama Sita became an iconic figure in Philippine culinary arts for pioneering the use of special mixes and seasonings to enrich the flavor of Filipino food. CDG 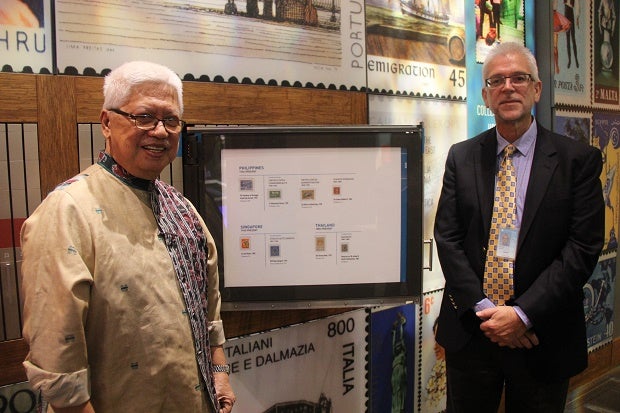