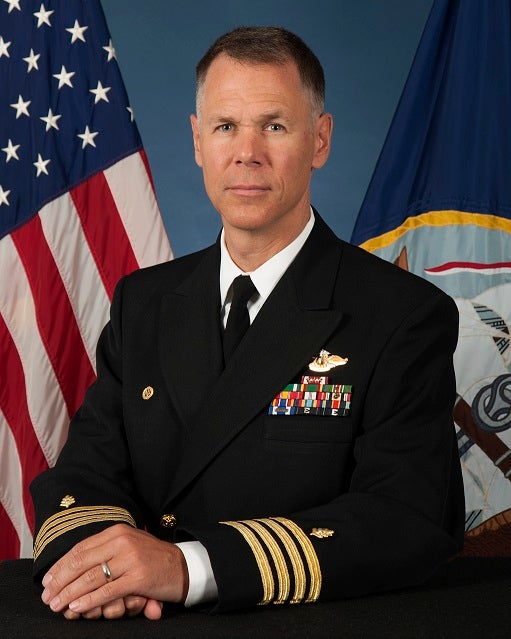 US Navy officers on Tuesday expressed their admiration for the disaster preparedness system of Albay, where they docked in June for the Pacific Partnership 2016.

Pacific Partnership is a multi-nation mission that started in response to the 2004 tsunami, which devastated parts of Southeast Asia. After leaving San Diego in May, its hospital ship USNS Mercy visited Timor Leste before docking in the Philippines in June for a two-week humanitarian and disaster relief preparedness mission.

READ: US ship sails to Albay for humanitarian work

Holding a teleconference from Malaysia — their fourth stop, Mission Commander Commodore Tom Williams told reporters that the Pacific Partnership has over the years transitioned from direct medical care to information exchange.

“Knowledge exchange is very important to us this year,” he said when asked about the focus of this year’s Pacific Partnership.

He said that during their stay in Albay, which is known for its zero casualty goal during natural disasters, they learned “great ideas” that should be spread throughout the region.

“I learned how robust and how capable the disaster response system that Team Albay has. It is a model for the way that I think that many countries in the Pacific should operate,” he said.

Captain Peter Roberts, commanding officer of the medical treatment facility onboard USNS Mercy, said that the community of Albay, which is prone to different kinds of disasters such as typhoons and volcanic eruptions, has been able to incorporate disaster preparedness lessons in the people’s day-to-day activities.

“I was really impressed in Albay on their posture relative to disaster response,” he said. “Everybody seems to know what their role should be in the event of a disaster.”

Roberts recalled seeing a school that had one of its walls painted with the names of officials responsible in times of disaster.

“That’s just something you would not see in the United States,” he said.

The US Navy official lauded the local government’s efforts to keep the community involved.

“I was really impressed also by their intent of zero casualty,” he added. “Whether or not they can achieve that, (it is) difficult to set your target that high. That stated goal of zero casualty was very impressive.”

Albay has received awards for its disaster preparedness program, which is being adapted by other provinces and groups.

READ: Another award for Albay

The Pacific Partnership 2016, which will visit Indonesia last, was hosted by the Albay provincial government in the Philippines this year.

It provided medical and dental services during its visit to Albay. Its participants also constructed and repaired schools and other public facilities. Of the thousands who were treated onboard USNS Mercy, more than 250 underwent surgical services, according to an earlier Inquirer report.

Williams said the group, which included experts in different fields, stayed around two weeks in each port to impart what they know about preparing for a crisis like a typhoon.

Deputy Mission Commander Captain Mike Spruce of the Royal Australian Navy pointed out that during the 2004 tsunami, many countries offered aid “but it was uncoordinated, not as efficient as it should have been.”

“These days we work better together. So when disaster strikes we are ready to work together,” he said.

Asked what the Pacific Partnership can offer for the security of South China Sea, Williams emphasized that it is a humanitarian and civic assistance mission.

“It’s not about military security. It’s not a military mission,” Spruce said.

Responding to another question about China’s participation, Williams said he did not know “of any details.” “I think that invitation is open,” he said, explaining that he was not aware of the status of countries invited to participate.

Tensions remain high in South China Sea despite the award of an arbitral tribunal ruling to the Philippines, which questioned China’s “nine-dash line” claim. The US, a close Philippine ally, has maintained its presence in the area and has called for the importance of freedom of navigation in South China Sea, which is an important global trade route. CDG/rga