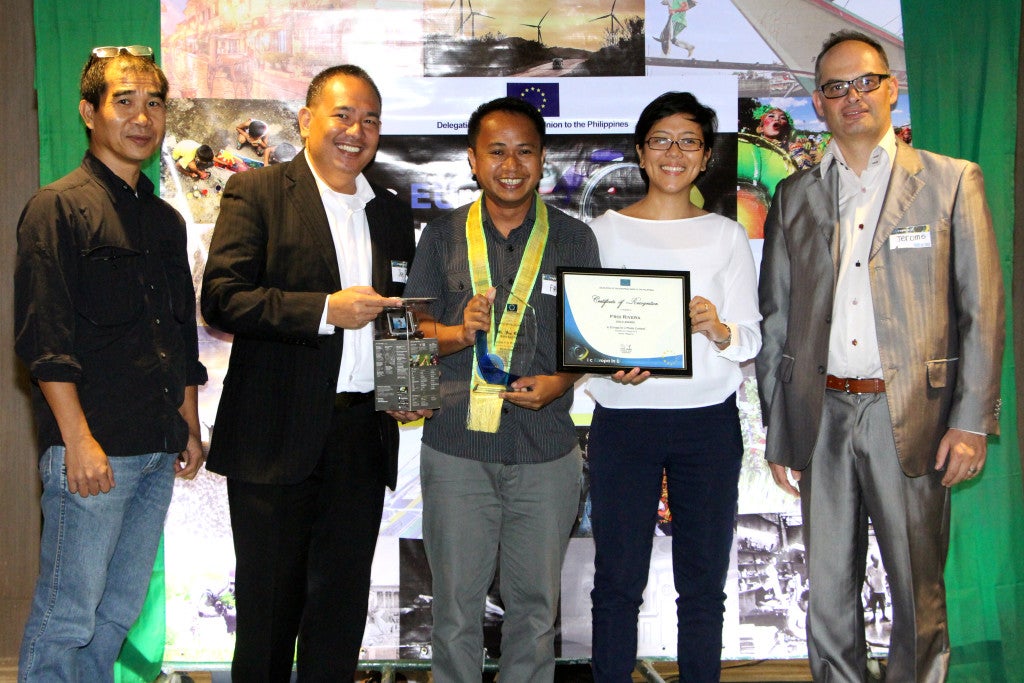 Froi Rivera (third from left) receives his trophy, gadget and certificate from the EU Delegation to the Philippines represented by First Secretary Jerome Riviere (extreme right) and from Jimmy Domingo, Joe Torres from The Photojournalists’ Center of the Philippines, Inc and Journalist Camille Diola during awarding ceremony for IC EUropa in U held at De La Salle University in Manila. Froi’s work “Love for Football” was cited as the unanimous winner for the photo competition.

The European Union Delegation to the Philippines has awarded the winners of its “IC EUropa in U” photography contest, one of the events celebrating the delegation’s 25th year in the country.

Rivera, Flores, and Zamora received gadgets and tokens as prizes. In addition, Rivera received an online mentorship from The Philippine Centre for Photojournalism, Inc.

On the other hand, Nicko Rodriguez’s “A Woman of Great Nations” was chosen by netizens as their favorite.

Rivière said that the photo competition was held “to pay tribute to the works of photographers and photo hobbyists who are able to capture realities as they happen in our everyday lives.”

The “IC EUropa in U” contest also provided a glimpse as to how Filipinos perceive the influence of Europe in the country—resulting in an interesting mix of entries which touched on faith, religion, business, traditions and culture.

Selected entries were featured in a photo exhibit at the De La Salle University. The exhibit will then be taken to the RCBC Plaza where the Office of the EU Delegation to the Philippines is located and then to Shangri-La Plaza for the Cine Europa. 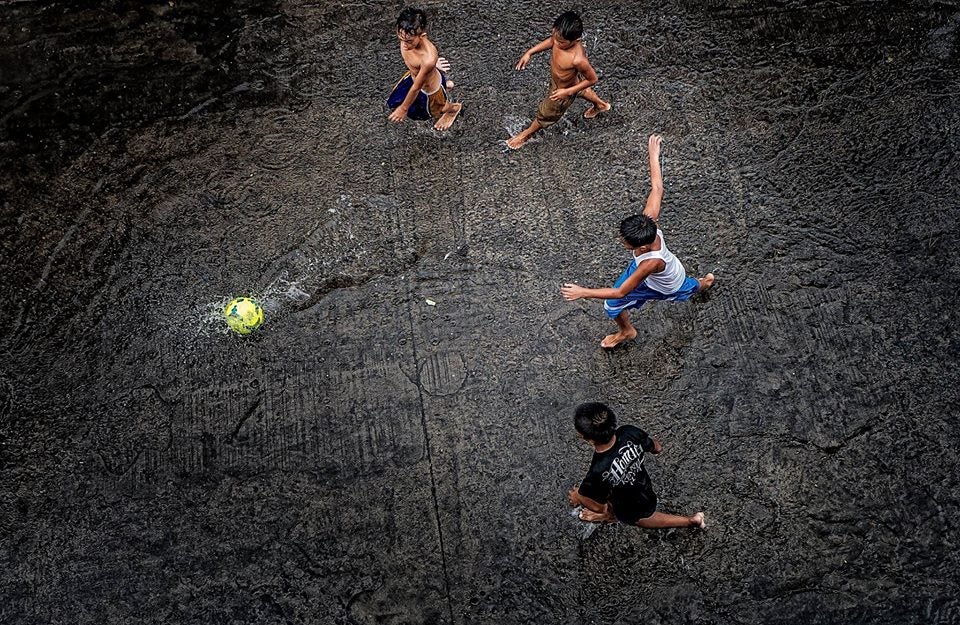 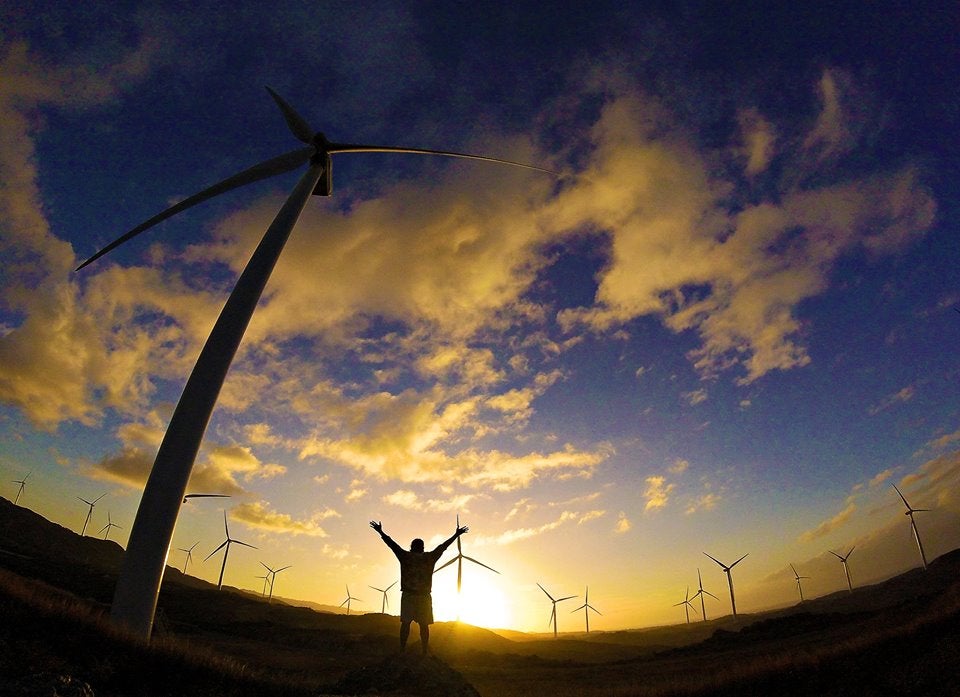 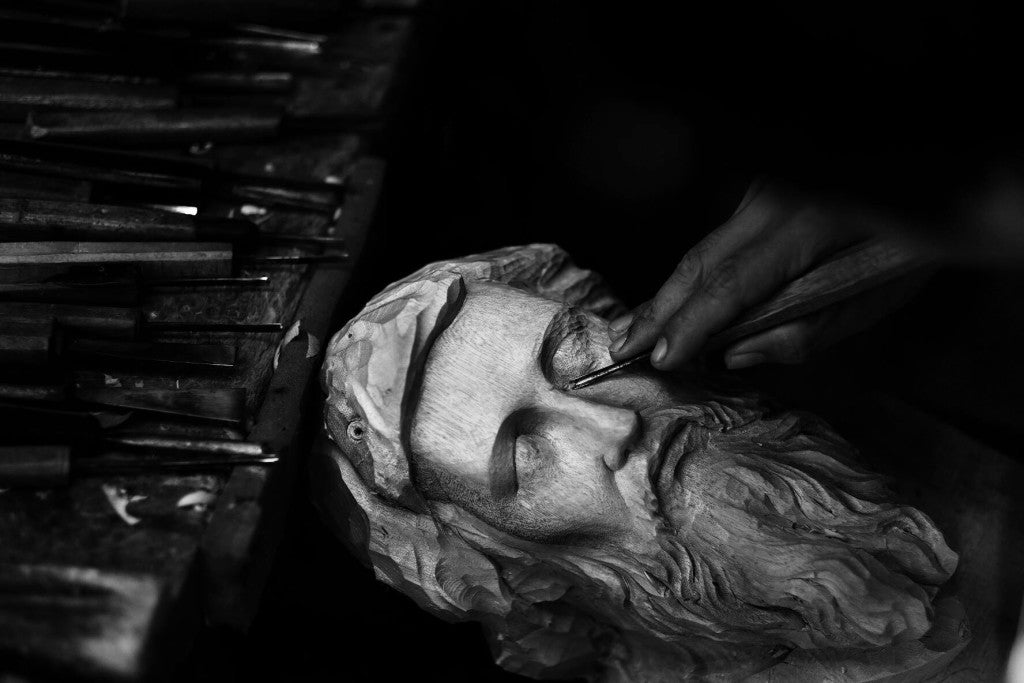