Top US diplomat Kerry to visit PH, call on Duterte 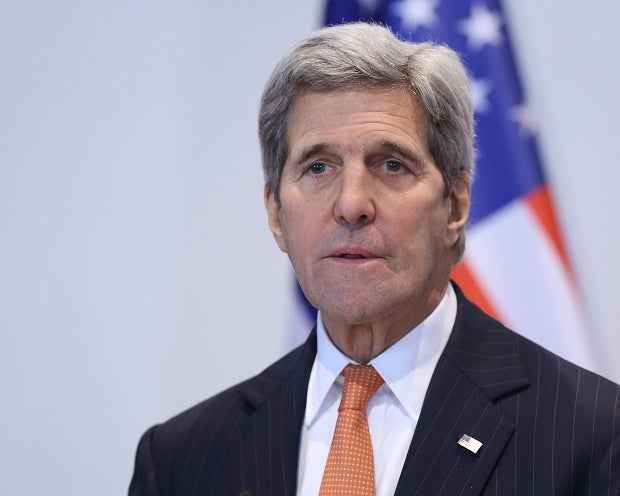 US Department of State secretary John Kerry will visit the Philippines from July 26 to 27 as part of his Southeast Asian swing to call on Philippine President Rodrigo Duterte and Foreign secretary Perfecto Yasay Jr. to discuss a wide range of cooperation with the new administration.

Expected in the discussions is the peaceful settlement of disputes in the South China Sea following the arbitration award that favored the Philippines’ sovereign rights over strategic waters in South China Sea and junked China’s nine-dash-line claim.

The US official will attend Asean high level meetings in Vientienne, Laos from July 25 to 26 where he is expected to raise issues on sea disputes in South China Sea and denuclearization issues of the Korean Peninsula.

“At these Asean meetings the Secretary will discuss the region’s security architecture and shared transnational challenges including maritime security, Illegal, Unregulated and Unreported fishing, the denuclearization of the Korean Peninsula, and the South China Sea,” said a statement of the US Department of State on Wednesday.

Prior to the Asean trip, secretary Kerry will travel to Vienna, Austria on July 22 to join EPA Administrator Gina McCarthy and the US Delegation in Vienna for the first day of high-level talks at the Extraordinary Meeting of the Parties to the Montreal Protocol.