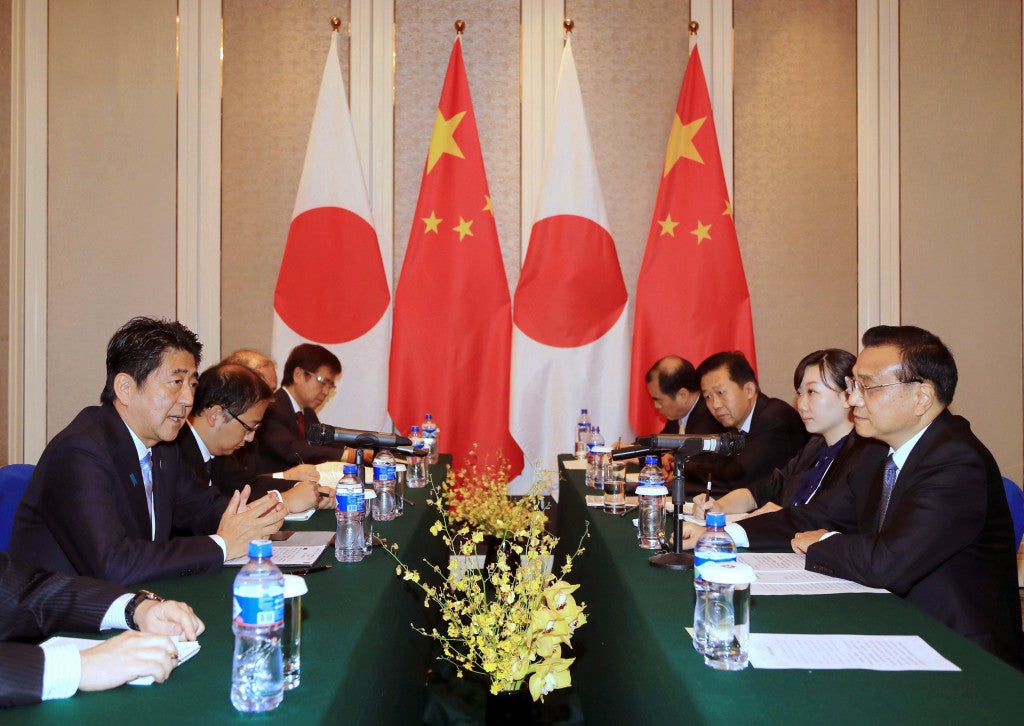 ULAANBAATAR—Beijing faced an international dressing down on Friday at a gathering of leaders from across Asia and Europe after it vehemently rejected a UN-backed tribunal’s dismissal of its extensive South China Sea claims.

The biennial Asia-Europe Meeting (Asem), which is celebrating its 20th anniversary, is supposed to be a venue for increasing cooperation across the Eurasian continent and exploring ways to strengthen the global system of agreements that govern everything from trade to civil aviation.

But this year’s gathering in Mongolia is the first major international conference since the Permanent Court of Arbitration (PCA) in The Hague ruled that Beijing’s claims to much of the strategically vital South China Sea have no legal foundation.

The Asian giant, which boycotted the hearings, says the tribunal has no jurisdiction, and has poured scorn on the verdict.  It also says the subject should not be brought up at Asem.

But the Philippines, which brought the case, plans to raise the issue anyway.

Foreign Secretary Perfecto Yasay was to discuss Manila’s “peaceful and rules-based approach” to the dispute and “the need for parties to respect the recent decision” during the meeting, his office said.

Supreme Court Associate Justice Antonio Carpio, who was a member of the team that successfully argued Manila’s case, said yesterday that world opinion would force China to comply with the ruling.

“We will never resort to might,” Carpio said. “But it’s world opinion that will force China to comply, and in due time China will realize it will also benefit from complying with the ruling.”

Vietnam, whose own South China Sea dispute with Beijing may also benefit from the PCA ruling, will also talk about “all kinds of issues” at the summit, its foreign minister, Pham Binh Minh, said.

“We welcome the arbitration award,” he told AFP as dignitaries gathered in Ulan Bator.

Tokyo, which is embroiled in a separate territorial dispute with Beijing, said it too would weigh in, with Prime Minister Shinzo Abe saying he would “discuss the importance of reaching a peaceful resolution under the rule of law” in the South China Sea.

Australian Defense Minister Marise Payne insisted the ruling must be recognized and called on the parties concerned to abide by it.

“We call on the parties who are involved in that particular negotiation to abide by it. We regard it as final,” Payne said on ABC Radio.

Land-locked Laos, which has close political and economic links to Beijing, meanwhile has backed China in the dispute, according to the Chinese news agency  Xinhua.

Laos is the current chair of the Association of Southeast Asian Nations  (Asean) and it will be hosting a key security meeting later this month, at which the South China Sea is likely to dominate the talks.

The criticism comes as Beijing, a veto-wielding permanent member of the UN Security Council, seeks a greater presence on the global diplomatic stage.

It hopes to use the Asem summit, which brings together countries from Ireland to Indonesia, as an opportunity to showcase its global initiatives, such as the One Belt, One Road program, an ambitious plan to build infrastructure projects across the Eurasian region.

At a briefing this week, Chinese Assistant Foreign Minister Kong Xuanyou said Asem was “not an appropriate venue” to discuss the South China Sea issue.

China has sought to assert its claims in the South China Sea by building a network of artificial islands capable of supporting military operations, and this week reiterated its right to declare an air defense identification zone in the area, which would demand civilian flights submit to the authority of its military.

At the start of an EU-China summit in Beijing earlier this week, EU Council President Donald Tusk called on his hosts to protect the “rules-based international order,” saying the task “may be the biggest challenge ahead of us.”

Other issues likely to come up at Asem include international trade and Britain’s vote to leave the European Union, but London will not have any ministerial representation at the meeting in the wake of a Cabinet reshuffle that made “Brexit” campaign leader Boris Johnson its new foreign secretary.  Reports from AFP and Estrella Torres/TVJ