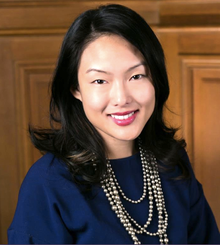 SAN FRANCISCO – In a 10-1 vote the San Francisco Board of Supervisors on Tuesday, July 12 approved a resolution to make enrollment in City College of San Francisco free to residents and city workers.

Supervisor Jane Kim introduced the resolution last April, calling for scrapping tuition fees for San Francisco residents and those who are at least part-time city employees, and providing grants to low-income students to help with transportation and textbooks expenses.

“City College is one of the last affordable opportunities in our region to obtain the education that is absolutely critical to allow for upwards job mobility,” she said.

Kim said that making higher education free was a way to make the city more affordable for residents and bolster the city’s workforce and middle class. 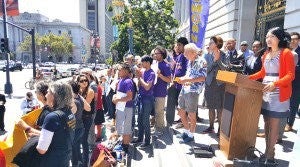 The plan would cost around $12.6 million in its first year, according to Kim. To pay for it, a November ballot measure that would raise the transfer tax on all property sales valued at more than $5 million and create a new 3 percent tax bracket for properties worth $25 million or more.

The lone opponent, Supervisor Mark Farrell, said the proposed tax should be examined further in light of the city’s budget.

Supervisor Malia Cohen hailed the resolution. “As a nation, we’ve taken large steps backward in making education unaffordable and inaccessible to everyday people,” Cohen said. “We need to be increasing opportunities for people’s education and not decreasing it.