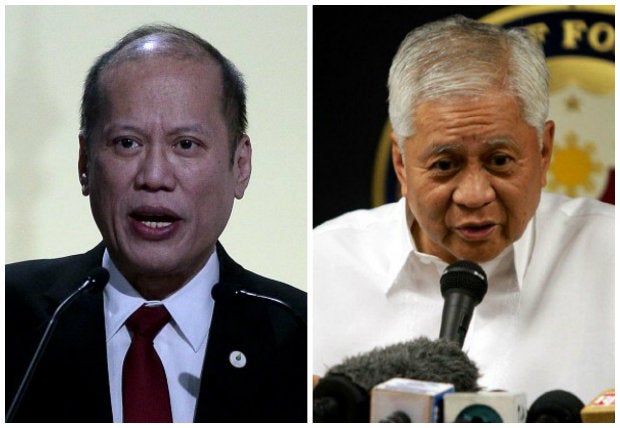 A Philippine diplomat has commended former President Benigno Aquino III and his then Foreign Affairs Secretary Albert Del Rosario for their efforts in handling the country’s arbitration case against China over the disputed South China Sea, which the Philippines eventually won on Tuesday.

Former Philippine ambassador to the United States Jose Cuisia Jr. on Wednesday said Aquino and Del Rosario’s leadership and “principled foreign policy” paved the way for a Philippine victory in the maritime issues the government raised before the Permanent Court of Arbitration Court in The Hague, Netherlands.

READ: Aquino on arbitral court ruling: ‘A victory for all’

“I wish to thank former President Benigno Aquino III and his former Foreign Affairs Secretary Albert Del Rosario for their iron will to do what is right amid adversity.  Without their personal leadership and their principled foreign policy, we would not have been able to come to this point,” Cuisia said in a statement.

Cuisia said the decision affirmed the country’s commitment to a peaceful resolution of disputes on the basis of international law, as he expressed optimism that China would soon accept the court’s ruling.

“As Secretary Del Rosario once said, ‘International law is the tie that binds all states in a community of nations.  Take it out, and then international relations will fall into anarchy and chaos,’” he said. “With this award, it is my fervent hope that China, as a party to the UNCLOS (United Nations Convention on the Law of the Sea), and as a responsible member of the international community, will abide by the Tribunal’s decision. The decision should now serve as basis for any future discussions relating to the final resolution of the South China Sea question.”

Cuisia also thanked the US government for “consistently supporting the peaceful resolution of disputes in the South China Sea.”

“The US has made clear that it does not take sides on the competing territorial claims, but it has a clear stake in preserving freedom of navigation and commerce through some of the world’s busiest sea lanes. We appreciate US statements consistently stating that the US will sail, fly, and operate anywhere that international law permits,” he added.

The UN-backed Hague court on Tuesday released its 501-page decision on the arbitration case the country filed in 2013, which concluded that “there was no legal basis for China to claim historic rights to resources within the sea areas falling within the nine-dash line.” RAM

US pulled the strings behind PH, Chinese observers say