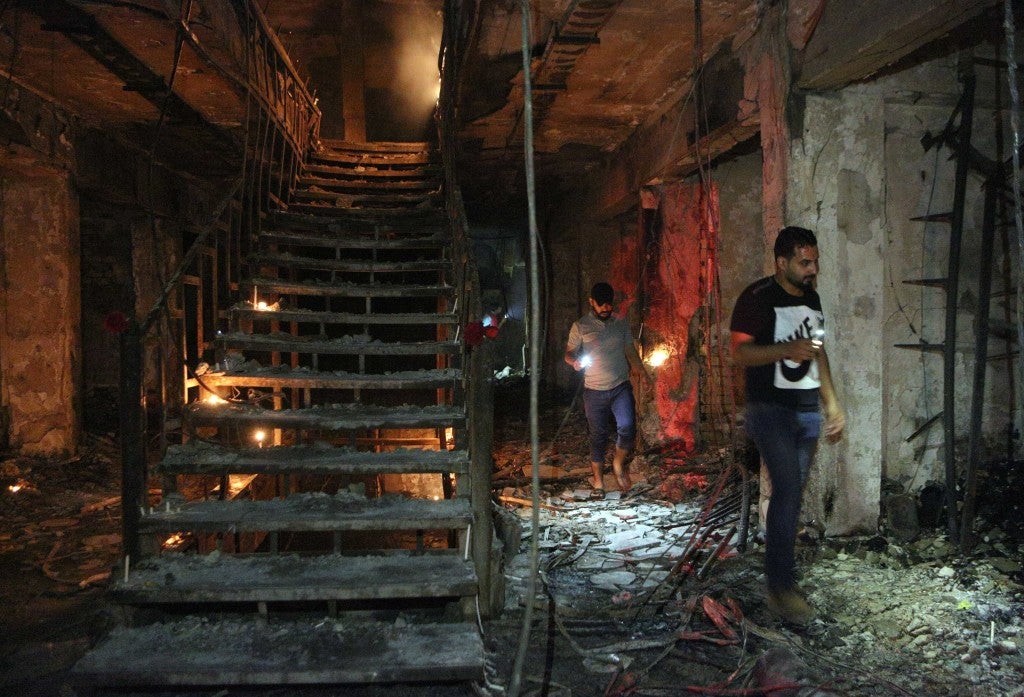 People light candles at the scene of a massive car bomb attack in Karada, a busy shopping district where people were shopping for the upcoming Eid al-Fitr holiday, in the center of Baghdad, Iraq, Sunday, July 3, 2016. More than 100 people died Sunday in a car bombing that Islamic State said it carried out, an official of the Iraqi Interior Ministry said. (AP Photo/Hadi Mizban)

The Philippine government on Monday expressed its sympathies to the families of hundreds of bombing victims in Baghdad.

“The Philippines offers its heartfelt condolences to the Republic of Iraq and the families of the victims of these cowardly acts of violence,” the Department of Foreign Affairs (DFA) said in a statement.

The latest report from the Associated Press raised the death toll to 149. At least 192 people were wounded. The bombing, claimed by the Islamic State, is considered the deadliest attack in Iraq.

“Ramadan is an occasion for reflection to do more good, not otherwise,” DFA said.

The attack was carried out by a suicide bomber onboard a vehicle filled with explosives. The van blew up in the Iraq capital’s Shiite Karada district, which is often filled with shoppers during the holy month of Ramadan.

Reports said many of those who died inside a mall burned to death or suffocated. The IS allegedly said it specifically targeted Shiite Muslims.

“The Philippines joins the international community in condemning terrorism in all its forms and manifestations,” DFA said.JE