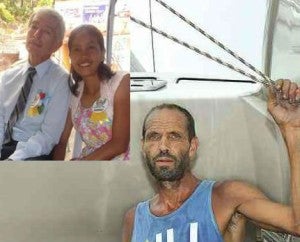 ZAMBOANGA CITY – The Abu Sayyaf has temporarily stayed the execution of its hostage, Norwegian Kjartan Sekkingstad, after an emissary of Presidential Peace Adviser Jesus Dureza called to negotiate.

A source said on Monday that Abu Sayyaf spokesperson Abu Rami claimed that Dureza’s emissary had called him.

Dureza was not answering phone calls made by the Philippine Daily Inquirer.

But Rami said they would continue with the beheading if their P300-million ransom demand was not met.

“We will execute him anytime we want, and this time, we will hide the head,” Rami said.

Rami earlier said his group would behead Sekkingstad if Dureza insisted on the government’s no-ransom policy.

“There is no more ultimatum, we are going to behead this Norwegian anytime today,” Rami said.

As of Monday afternoon, there were no reports that the Abu Sayyaf had beheaded Sekkingstad.

The Abu Sayyaf has been demanding P300 million in exchange for Sekkingstad’s freedom.

Rami said they were aware that ransom was already set for delivery and they were just waiting for someone to deliver the money.

In an interview with Radyo Mo Network on Monday morning, Sekkingstad called on the Norwegian and Philippine governments to help him.

“I would like to appeal to the Norwegian government and to the Filipino government, the new president, Mr. Duterte, for help, to get me out of here,” Sekkingstad said.

“It’s very hard and dangerous to stay here,” he added.

Sekkingstad is one of the four victims who were taken from a marina in the Island Garden City of Samal in Davao del Norte in November last year. Canadians James Ridsdel and Robert Hall were beheaded by the Abu Sayyaf in April and June.  Marites Flor, a Filipina companion of Roberto Hall, was released by the Abu Sayyaf after negotiations with Dureza.

Rami’s announcement came two days after the body of Hall was found in Sulu on Saturday morning.

Hall was beheaded by the Abu Sayyaf on June 13 after the bandit group failed to receive the ransom money it had demanded. His head was found on the same day in front of the Jolo Cathedral.

Hall was the second kidnap victim the bandits had decapitated after Ridsdel, who was killed in April.  Flor was freed on June 24.

Meanwhile, another kidnap group was demanding a P10-Million ransom for a six-year old boy who was kidnapped in Jolo, Sulu on June 30.

Dr. Raden Ikbala of the Integrated Provincial Health Office – Sulu Provincial Hospital and a convener of the Bangsa Sug Against Kidnapping and Other Crimes, said a relative of the victim said the kidnappers were asking P10 million in exchange for the boy’s freedom.

The boy and his elder sister were on their way home from school when abducted by motorcycle-riding men on June 30. The suspects, however, left behind the girl.  SFM/rga