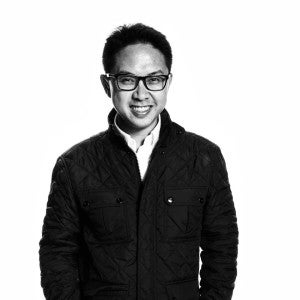 Paul Resurreccion, the lawyer is also a photographer. CONTRIBUTED

BANGKOK — A lawyer by profession, Paul Resurreccion does not spend much of his time in courtrooms. Instead, he is always on the go to find beauty in nature.

He is now roaming the United States to find the best landscapes that will be added to his award-winning collections. Resurreccion is visiting galleries around the US, showing his portfolio for possible sponsorships.

A photographer by chance

While most lensmen are influenced by famous photographers like Steve McCurry (of the Afghan Girl fame), and famous landscape photographers Ansel Adams and Andreas Gursky, Resurreccion was bitten by photography bug while attending a kid’s birthday party. After two days he bought his first camera, a Nikon D300.

“I got to play around with a serious looking camera that was set to a high burst shooting mode of 8 frames per second. The fast clicking sound of the shutter and the fantastic images the camera produced intrigued me so much! I started shooting incessantly after that. You could say I was predisposed to get into photography and did not really needed any influencing to get into it,” Resurreccion explains. 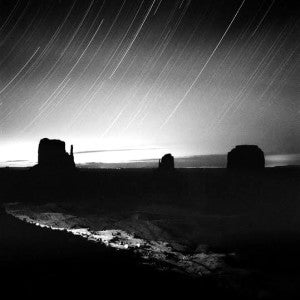 Like most hobbyists and beginners, Resurreccion started in landscape photography. He finds the outdoors therapeutic, especially after a long day in office reviewing cases. But being an artist was not accidental; rather it runs in his veins, being a progeny of great Filipino painters Felix Resurreccion Hidalgo and the Luna brothers.

The heat of his passion fully engulfed him. Resurreccion started taking photos in his travels and eventually had his first solo exhibition in 2011 titled “Landscapes” at Bellevue Hotel in the Philippines.

Since then, his works have been noticed in other countries. He had an exhibits in Vietnam, South Africa and Iran the following years. Some of his exhibits were sponsored by the Philippine embassies, thus promoting the country through Resurreccion’s landscapes.

“I think in shooting you need to look for a particular mood in a landscape. A place gives off a strong mood or emotion be it of a ‘melancholy feeling’ from a lonely tree or a feeling of ‘strength’ from crashing waves on a sea-stack are things that inspire me to shoot. In short, a location that gives me a strong emotional response inspires me,” Resurreccion says.

Challenges in the US

There are many successful Filipino photographers in the United States. Though, only very few have been given recognition.

“There are so many very good Filipino photographers that I know who are so much better than me. Getting that one good break is the real challenge,” Resurreccion says.

He traces his success in the US from when he was chosen as a finalist for Photographer of the Year by the Lucie Awards in 2015. 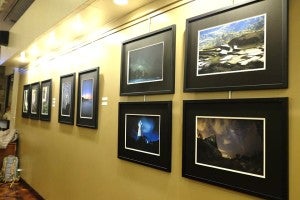 The Philippine Landscape Exhibit at the Philippine Consulate in New York is ongoing until June 30. CONTRIBUTED

“Although there are a few dedicated photo galleries in Manila, the market in the US is so much larger; but given time I’m sure we will catch up. Hopefully, we get to see galleries in the big casinos in Manila like the ones they have in Las Vegas soon,” he enthuses.

Resurreccion was invited by the Consul General of the Philippine Consulate in New York Mario De Leon to exhibit his work on “Philippine Landscapes” on the 118th anniversary of Philippine independence, as the centerpiece of this year’s Philippine Independence festivities in New York City. The exhibit is ongoing until June 30.

Read Next
Tour wants Filipino editors to know why US wheat is best for PH
EDITORS' PICK
‘Not yet the end’: Lawyer says Marcos Jr’s DQ cases to take lengthy process
Omicron now shows up in 90% of samples sequenced – Duque
Acer starts the year off strong with the Aspire Vero National Geographic Edition
4.7 million Filipinos have received booster shots, but that’s still a ‘low’ number – Galvez
Over 3 Million worth of prizes to be won at Smart Padala’s SENDali Manalo Promo!
The best of bayside and city living at SMDC’s Sail Residences
MOST READ
When to get boosters after positive COVID test
In Batanes, octogenarian dies of COVID-19
Duterte asks: ‘Is COVID-19 airborne?’ Duque blames spread on ‘token compliance’ with rules
NBI foils escape attempt of Kerwin Espinosa, two others
Don't miss out on the latest news and information.