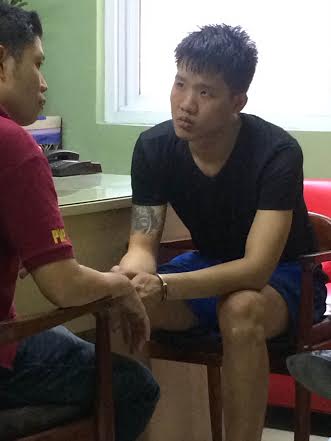 MANILA — The Pasay City Police has filed a case of murder against the arrested Taiwanese national who allegedly stabbed and killed his live-in partner, who had identified herself as a transgender woman, inside the condominium unit they were renting in Pasay City early Saturday morning.

Jayson Santos Lee (identified as Tsai Che-Yu in his passport), 25, was presented by the Pasay City Police to the city’s Prosecutor’s Office during inquest proceedings on Monday. Accompanied by a Public Attorney’s Office (PAO) lawyer, who temporarily represented him during the proceedings, Lee was read his rights. State lawyers also explained to him the charge that was filed against him for the death of his live-in partner, Ashley Anne Reilly, 23, formerly known as Robert William Reilly.

The case investigator, SPO4 Allan Valdez, said Reilly’s body, which was stuffed inside a black luggage bag, was discovered along Coastal Road, Cavitex Expressway, Barangay (village) Longos, Bacoor, Cavite, on Saturday morning. She had a stab wound in the neck and bruises on her face.

Although she was dumped in Cavite, Valdez said the victim was killed inside Unit 1154 of the Tower D Shell Residences Condominium along Edsa at the corner of the Sunrise Drive in Pasay City, the condominium unit that the couple were renting, early Saturday morning.

Closed-circuit television (CCTV) camera footage revealed that Lee and and Reilly were last seen arguing before they entered their rented unit at around 11:40 p.m. Friday. More than an hour after, the Taiwanese national was seen leaving the unit, then returning with a big luggage bag.

Valdez said Lee was seen leaving the unit by himself at around 2:22 a.m. but carried boxes and the big luggage bag to his car.

“A security officer even helped him load the luggage bag into his Toyota Grandia,” Valdez explained noting that the security officer already suspected something was wrong because the baggage was too heavy.

Security personnel were prompted to check his unit after they reviewed CCTV videos and discovered that Reilly was not seen leaving the condominium building with him. The case investigator said the security team saw that the unit was left open and they also noticed a splatter of blood on the curtains and the window.

Valdez said the suspect could have stabbed his live-in partner with a kitchen knife in the neck and then punched her repeatedly when she went down on the floor.

“The victim was still able to walk from the inside of the unit to the terrace where she could have died because that was where we discovered a pool of blood,” the investigator explained. He also said that Lee tried to clean the crime scene because of a white towel left on the terrace.

The suspect was arrested after he returned to the condo unit at around 1 p.m. on Saturday. Valdez said the suspect told them that he has been in the country for 41 days and that he and Reilly have been a couple for about a month.

The investigator also said that he admitted to stabbing Reilly and even took the police to the area where he dumped the body of his live-in partner. The suspect claimed that he got annoyed after Reilly kept on asking for money even though he had nothing more to give. 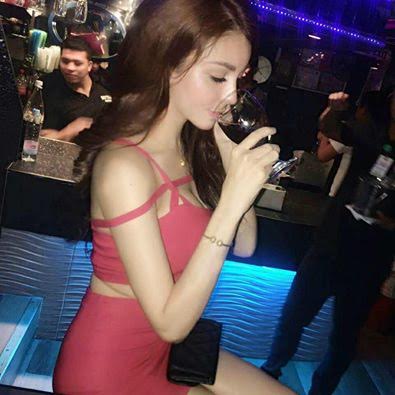 Reilly’s mother, Clemencia Del Rosario, told members of the media on Monday, about the pain that she and her family have been going through.

Rosario said Lee had apologized to her but she did not accept it. “I hope he gets whatever he deserves,” the mother said as she asked justice for the death of Reilly.

The victim’s aunt, Juliet Santos, said the family met Lee once when Reilly introduced him last May 22. She, however, said that Reilly was only asking money from Lee because she needed to have a medical checkup.

“During her last group chat with her cousins, she told them that she was not feeling well,” Santos said adding that Lee would not allow Reilly to leave their condo unit.

The body of the victim has been taken by her family to their residence in Mabalacat, Pampanga.  SFM