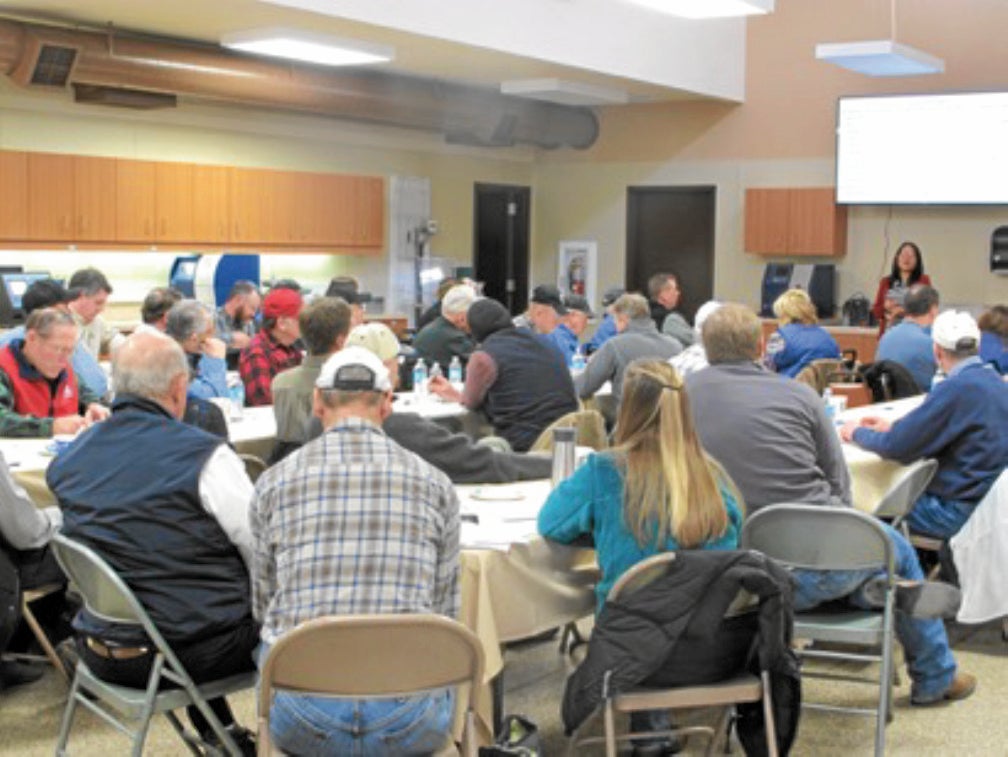 KALISPELL, Montana—Jessica Torrion filled up her paper plate with pork “binagoongan” (pork with shrimp paste) and “pancit” (noodles) before settling on a picnic table with other Filipinos who attended a buffet potluck lunch on May 8.

“Happy Mother’s Day!” people greeted Torrion, 40, though she does not have children. She graciously laughed and thanked them.

“For the longest time, I have been the family breadwinner and have stood as second mother to my siblings so, yes, I’m a mother even if I don’t have children,” said the native of Barangay Upper Mahaplag, Leyte province.

Torrion is now an associate professor at Montana State University, where her expertise on crop physiology, water management, and remote sensing are applied in Northwest Montana’s agriculture industry. She has six subordinates.

“I have a very typical Filipino sob story. But I always knew at a young age that I want to succeed. I want to be ahead of everybody,” she said.

The fourth of eight siblings, Torrion found life difficult while growing up. Her mother was a public school teacher and her father was a government worker, but their earnings could hardly make ends meet to support the family.

When she was 13, her father died from a vehicular accident so she shared the responsibility of taking care of the brood.

After graduating from college, Torrion left her hometown and moved to Laguna province to work as a research associate at the University of Philippines Los Baños-Institute of Plant Breeding. She earned a monthly salary of P3,000 to P4,000.

She was only 20 and could hardly speak Filipino. Her superior assigned her to do DNA fingerprinting of plants, a subject alien to her as her field was soil chemistry.

“That’s when grit comes in. I pretended I knew it until I become it. That also came with a lot of reading, asking questions, observing people and things,” Torrion said. 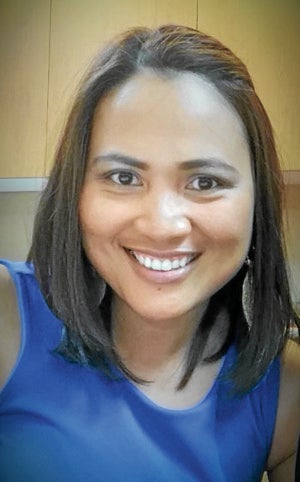 She resigned and moved to the Department of Agriculture’s Bureau of Soil and Water Management. Her job as an agriculturist entailed traveling, which gave her the opportunities to interact and swap studies with experts from other Asian countries. She later served as representative to several meetings and conferences in the Philippines and abroad.

In 1999, she was accepted for The Netherlands Fellowship Program and worked on her degree in Master of Science in Geoinformation Science and Earth Observation at University of Twente. She returned to the Philippines to work in the department for three more years.

Around this time, Torrion already knew that her mother was to become her main concern as she had developed health complications due to diabetes and high cholesterol. Her older siblings had problems of their own.

“I wanted to be prepared for the financial blow that came with hospital and medical bills,” she said. “But at the same time, I also wanted to do better on my field.”

She turned to the internet and searched for jobs as research assistant in the United States. She found a professor from Texas Tech University who was looking for one. After sending him her curriculum vitae by email, “within 24 hours, he gave me the job,” she said.

Pursuing a career and taking financial responsibility did not come easy. She did not have any savings because the bulk of her pay was sent back home. She earned extra from a sideline, which she allotted for airline tickets to go from Manila to Detroit to Houston, and to the university in Lubbock, also in Texas. But she had to use the money for the bail of an older sister on an embezzlement complaint.

A friend extended her a loan, so she was able to buy her plane tickets. By the time she arrived in Lubbock, she had only $500 in her wallet, $2,000 shy of what she needed to enroll for a doctorate while working as a research assistant.

Fellow Filipino graduate students helped her out. “I was very honest to them. I never pretended. I told them the truth and they issued checks to help me out which I eventually paid back. Graduate students understand hardships and difficulties so we support each other,” she said.

She applied for student loan at 18 percent interest because she had no credit history. When she finally addressed her financial requirements, she drove around Lubbock and realized that she was living a life far from her humble roots.

“I felt good. The financial stress pushed me to do better in my job,” Torrion said.

A year later, her mother died, and she assumed the family’s authority role.

She would eventually accept a position of postdoctorate research associate at University of Nebraska-Lincoln. She flew from Texas to Ohio to buy a car she saw on e-bay and drove for 13 hours straight to Nebraska.

Torrion embraced crop physiology as her new field. She studies plants to determine their growth, development and impact on production and the environment.

“This is important especially for farmers because knowing the physiology of plants help them determine how to make use of limited resources, so it’s cost effective. Also, we need to know how much nutrients are already in the soil or what nutrients we need to add to ensure that it’s still environment friendly,” she explained.

She worked with farmers, and wrote and presented research papers alongside other scientists from all over the world.

In 2014, she left Nebraska and moved to Montana to work as an assistant professor of the Northwest Agriculture Research Center of Montana State University. She had had extensive experiences from two decades of working as an agriculturist and scientist to meet the job’s requirements for someone with backgrounds on genetics, remote sensing, agronomy, water management and crop physiology.

“I used to ask myself why I hopped from one science to the other. I realized it was because my academic pursuit was also paired with my family responsibility: to help my mother. But I realized, the experiences I had prepared me for something,” she said.

She now lives in the city of Kalispell.

Asked if she’s interested in going back to the Philippines for good under the government’s Balik Scientist program, Torrion said: “It’s still painful to go back to the Philippines and know that my parents are not there anymore. I’m not shutting any doors, but I’d be willing to be on a sabbatical leave and be a guest lecturer.”/rga 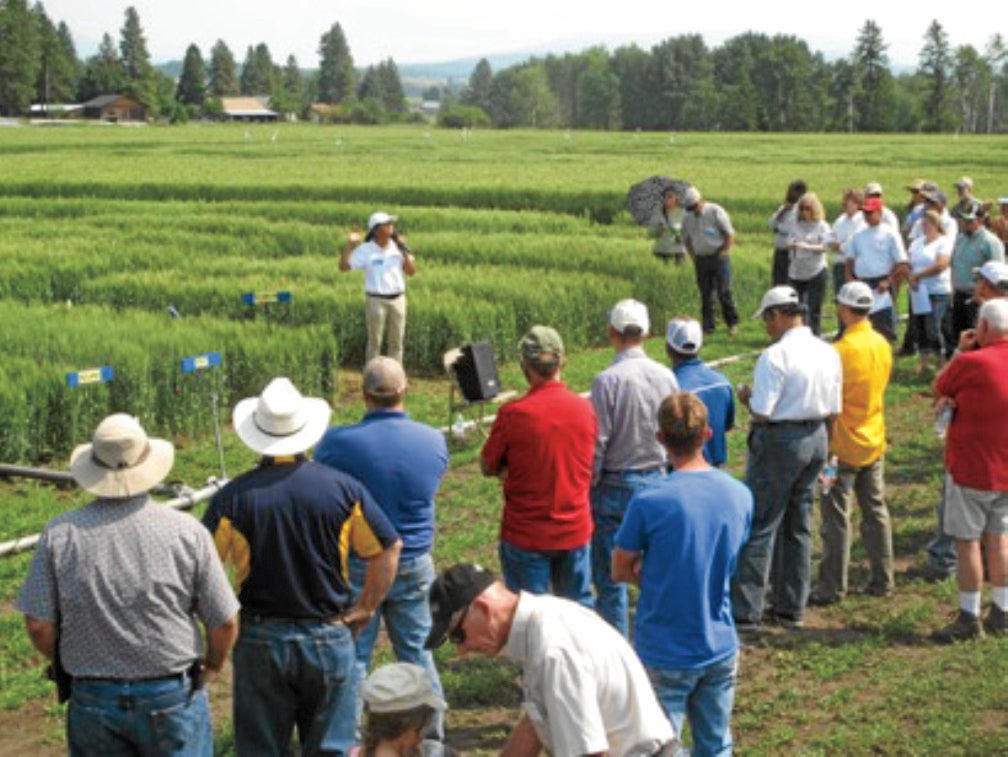