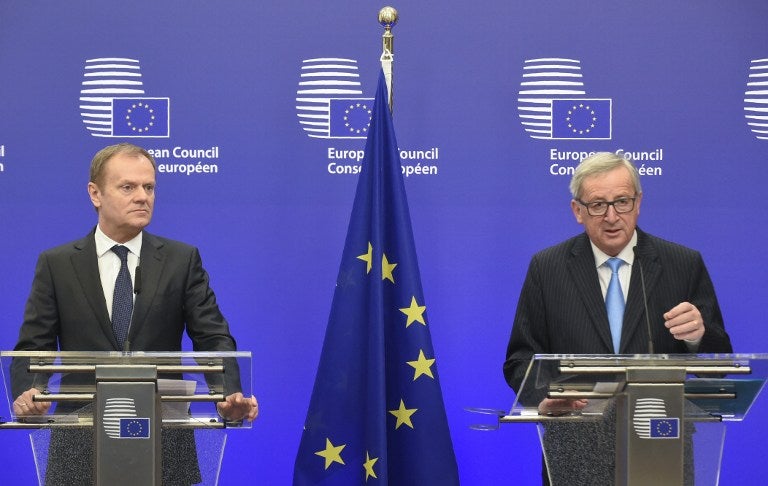 Congratulatory messages are still pouring for President-elect Rodrigo Duterte for his landslide win to secure the highest post in the land.

Leaders from the European Union (EU) have congratulated Duterte for his electoral victory while conveying optimism that the relationship between the EU and the Philippines would prosper under the new administration.

In a congratulatory letter dated last May 30, European Council President Donald Tusk and European Commission President Jean-Claude Juncker said that the partnership between the EU and the Philippines is grounded “in a long history and strong mutual interests.”

“We are encouraged by the dynamic development of our relations and look forward to working with you on further strengthening our political, economic, trade and development cooperation,” Tusk and Juncker said.

The EU leaders enumerated various milestones that will involve the Duterte presidency such as the entry of the force of the Partnership and Cooperation Agreement, the first round of negotiation on a Free Trade Agreement, and the granting of better access to EU markets through the EU Generalized Scheme of Preferences.

Tusk and Juncker said that they also support the Mindanao Peace Process and asked the country to support EU’s bid to join the East Asia Summit when it assumes the chairmanship of the Association of Southeast Asian Nations (Asean) in 2017.

Incoming peace adviser Jesus Dureza said that the Duterte administration will “continue with the gains” of the outgoing government on the Mindanao peace process.

This year marks the 25th year of the EU delegation in the Philippines.  JE