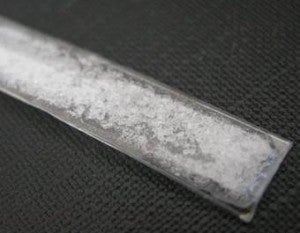 MANILA — The director of the Manila Police District (MPD) said on Sunday they have been looking for the source of the illegal drugs of a Nigerian national and his wife who were arrested for allegedly selling shabu (methamphetamine hydrochloride) in Tondo last Saturday.

They were arrested in a buy-bust operation about 5 p.m. on Saturday in Balut, Tondo, and were set to be charged for violating the Comprehensive Dangerous Drugs Act.

The P5,500 marked money authorities used to buy the cream was confiscated.

Nana said they were still estimating the amount of drugs seized from the operation pending the result of the crime laboratory examination.  SFM