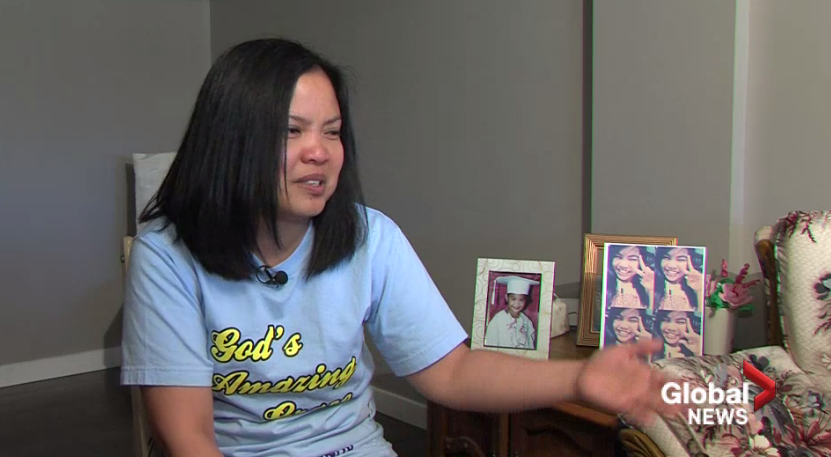 An Overseas Filipino Worker (OFW) in Kamloops, British Columbia Canada, is appealing to the Canadian government to allow her deaf daughter to join her  in Canada.

Windy Palmiano has been working as a caregiver in Canada since 2011 to provide for her 15-year-old daughter, Argelline, who is currently enrolled in a special school in the Philippines. Palmiano has applied for her and her daughter’s permanent residency in 2013 but she received a letter from the Canada Citizenship and Immigration last March stating that her daughter is ‘medically inadmissible and is ‘a burden to taxpayers’ money’.

“It’s hard, sleepless nights, every time there’s someone asking me, I’m just crying,” she reacted in an interview with news site CJFC Today.

Another report at Global News said Palmiano wants her daughter to be with her so she can support her in pursuing a dance career, having seen her daughter’s dancing skills through videos sent by relatives in the Philippines.

Palmiano has sought the help of politicians and advocacy groups in Canada. One of her supporters is from Legislative Assembly member Terry Lake, who issued a letter to Palmiano from the BC Education Ministry stating her deaf daughter will not be a burden to the Canadian taxpayers. Kamloops Full Gospel, the church Palmiano attends, is also supporting her case.

A similar case hogged the headlines in 2015 when OFW Karen Talosig strived to bring her deaf daughter Jazmine to Canada. After a lengthy and tedious battle, she finally brought Jazmine to the country. Gianna Francesca Catolico /rga

Filipina denied Canadian permanent residency because her daughter is deaf