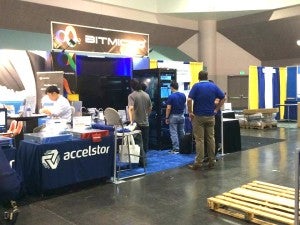 In a federal court agreement BitMicro of Fremont, California must pay back wages and damages to 18 Filipino engineers it brought from the Philippines and paid Philippine rates and in pesos. WEBSITE

SAN FRANCISCO – A U.S. Department of Labor investigation found that a Silicon Valley electronics manufacturer brought 18 computer engineers from its subsidiary in the Philippines to work in the U.S. and paid them the same wages they earned in the Philippines and in pesos.

Some workers received as little as $1.66 per hour, and received no overtime pay when they routinely worked an average of 57 hours per week. The tech firm brought them to its Silicon Valley facility from July 21, 2012 to July 20, 2015 with B-1 visas, which are used to bring foreign workers for training or conferences.

As a result of the labor violations, BiTMICRO Networks Inc. of Fremont, California, must pay more than $80,000 in minimum wage and overtime back pay and an additional equal amount in damages to its workers after the department’s Wage and Hour Division discovered violations of the Fair Labor Standards Act.

“The way these vulnerable, low-wage workers were treated by this employer is illegal, unethical, and unacceptable,” said Susana Blanco, director of the Wage and Hour Division office in San Francisco.

“We will simply not tolerate employers bringing workers from Asia, or anywhere else, and failing to pay them every penny they have earned. We continue to see a pattern of U.S. companies misusing foreign worker visas by bringing them from overseas and paying them in pesos or rupees. The resolution of this case demonstrates the division’s commitment to identifying and rectifying these situations and to using every enforcement tool available to us to do so,” Blanco added.

The division also found that BiTMICRO violated the “hot goods” provisions of the FLSA by shipping goods produced by the Filipino employees out of state in violation of wage laws.

The consent judgment, filed in U.S. District Court for the Northern District of California, permanently enjoins BiTMICRO from future violations of the FLSA, and expressly prevents it from retaliating against any workers who assert their rights under the law.

The judgment further requires BiTMICRO to provide all employees with a written notice of employee rights, and to keep electronic time records with the exact times when an employee starts and stops working.

Founded in 1995, BiTMICRO is a publicly traded tech company that develops, manufactures and deploys flash storage systems. Headquartered in Fremont, the company also has a subsidiary in the Philippines.

Enforced by the division, the FLSA requires that covered, nonexempt workers be paid at least the federal minimum wage of $7.25 per hour for all hours worked, plus overtime at one and one-half times their regular wages for hours worked beyond 40 per week.

Employers also must maintain accurate time and payroll records.  Employers are prohibited from retaliating against workers who exercise their rights under the law.

For more free and confidential information about federal wage laws administered by the division, call the agency’s toll-free helpline at 866-4US-WAGE (487-9243).  Information also is available at http://www.dol.gov/whd.