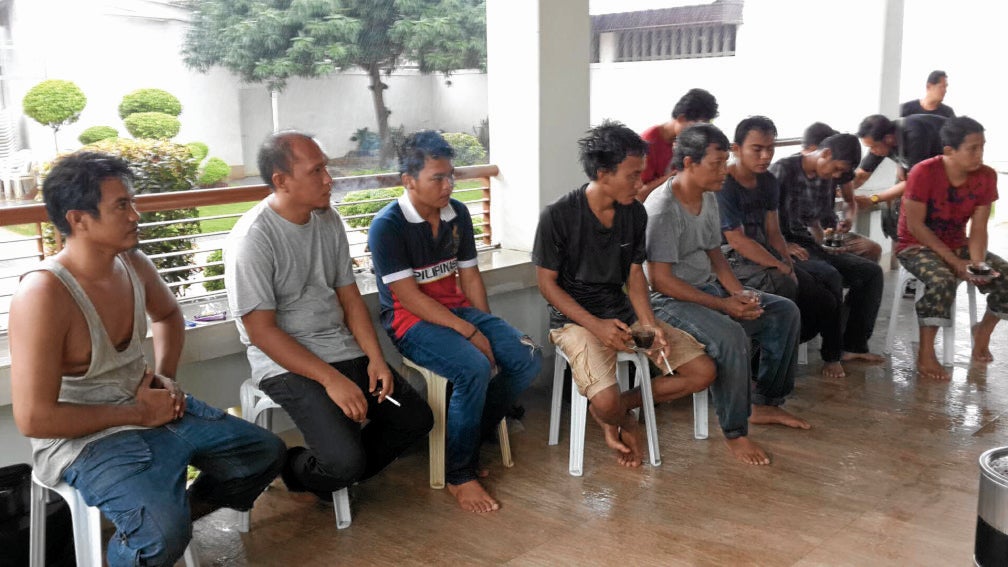 Supt. Wilfredo Cayat, police chief of Sulu, confirmed the release of the 10 Indonesians but could not give details.

“We were informed there were anonymous people who dropped the Indonesians just in front of the house of Sulu Governor (Abdusakur) Toto Tan (II),” Cayat said.

“They were brought inside, they were fed. Governor Tan called me and they turned over the 10 to our custody. We are preparing now to bring the 10 to Zamboanga and turn them to their consular official,” Cayat told the Inquirer by phone.

Cayat said the freed captives were crew members of a tugboat. They were abducted off the waters of Sulu on March 28.

A source said a P50-million ransom was paid to the kidnappers.

“They were supposed to be freed between Friday and Saturday somewhere in Luuk town,” the source said.