Taiwanese doc who killed, cut up wife pleads not guilty 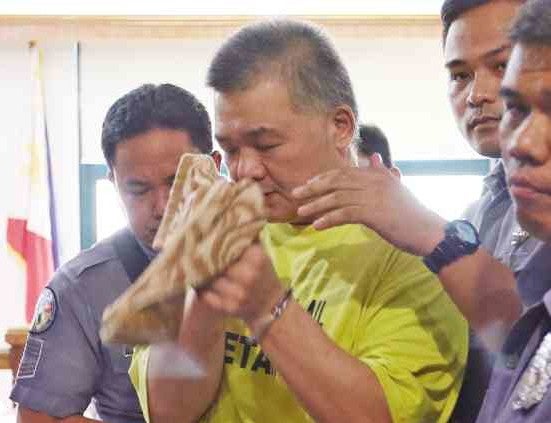 More than two months after he confessed to killing his Filipino wife, chopping up her body and hiding the parts in their Makati City home, Taiwanese doctor Yuan-Chang Kuo pleaded not guilty to the parricide case filed against him.

The sisters and children of the victim, 47-year-old Rowena Kuo, cried as the suspect was arraigned at Makati Regional Trial Court Branch 148 on Wednesday.

“Everyone knows that he killed my sister but he still pleaded not guilty,” one of Rowena’s sisters told reporters afterward.

The proceedings were nearly rescheduled for the fourth time by Judge Andres Soriano as Kuo arrived two hours late for the 9 a.m. arraignment. A check with the Bureau of Jail Management and Penology showed that the suspect had not been informed about it.

Kuo’s lawyer, Jorge Sacdalan, said he would study the case for “the presentation of witnesses and documentary evidence on the scheduled preliminary trial.” The judge set the pretrial for May 25.

Rowena Kuo went missing on Feb. 22.  The suspect then told their children that she had left their residence in Barangay Pio del Pilar earlier that day.

However, Joanne Jane Tiongco—Rowena’s daughter from a previous marriage—told the police that she dreamed that her mother was standing in the stockroom. This prompted her to search that area, where she found her mother’s head and torso the following day.

The other body parts were discovered in the septic tank after Kuo, who was a surgeon in Taiwan, confessed to killing his wife and disposing of her body.

The police said the Taiwanese may have been driven by jealousy when he killed his wife of 18 years.  According to their five children, there were frequent fights between their parents which usually ended with the suspect hurting the victim.

The Taiwanese government has condemned the “ruthless homicide.”