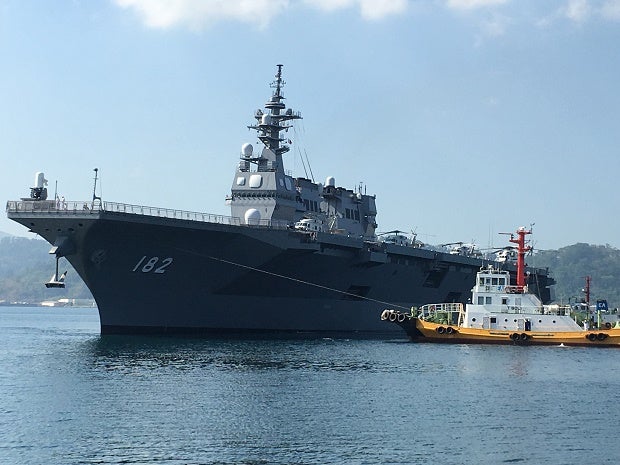 The Japanese warship JS Ise (DDH 182) of the Japan Maritime Self-Defense Force (JMSDF) docks at the Alava Pier in Subic Bay. The ship is in the country for a four-day goodwill visit. ALLAN MACATUNO/INQUIRER CENTRAL LUZON

JS Ise (DDH 182) of the Japan Maritime Self-Defense Force (JMSDF) docked at the Alava Pier at about 9 a.m. and was welcomed by the Philippine Navy marching band.

Previous visits included the arrival of Minesweeper Division 51 on March 2 and the submarine Oyashio (SS-551) along with two destroyer ships on April 3.

At a press briefing next to the ship, Takada said their visit strengthens the relationship between the country’s navy and the JMSDF. During their stay, the Japanese navy personnel would visit the Naval Education and Training Command in San Antonio, Zambales. Philippine Navy personnel will also go on a shipboard tour inside the Japanese ship. CDG