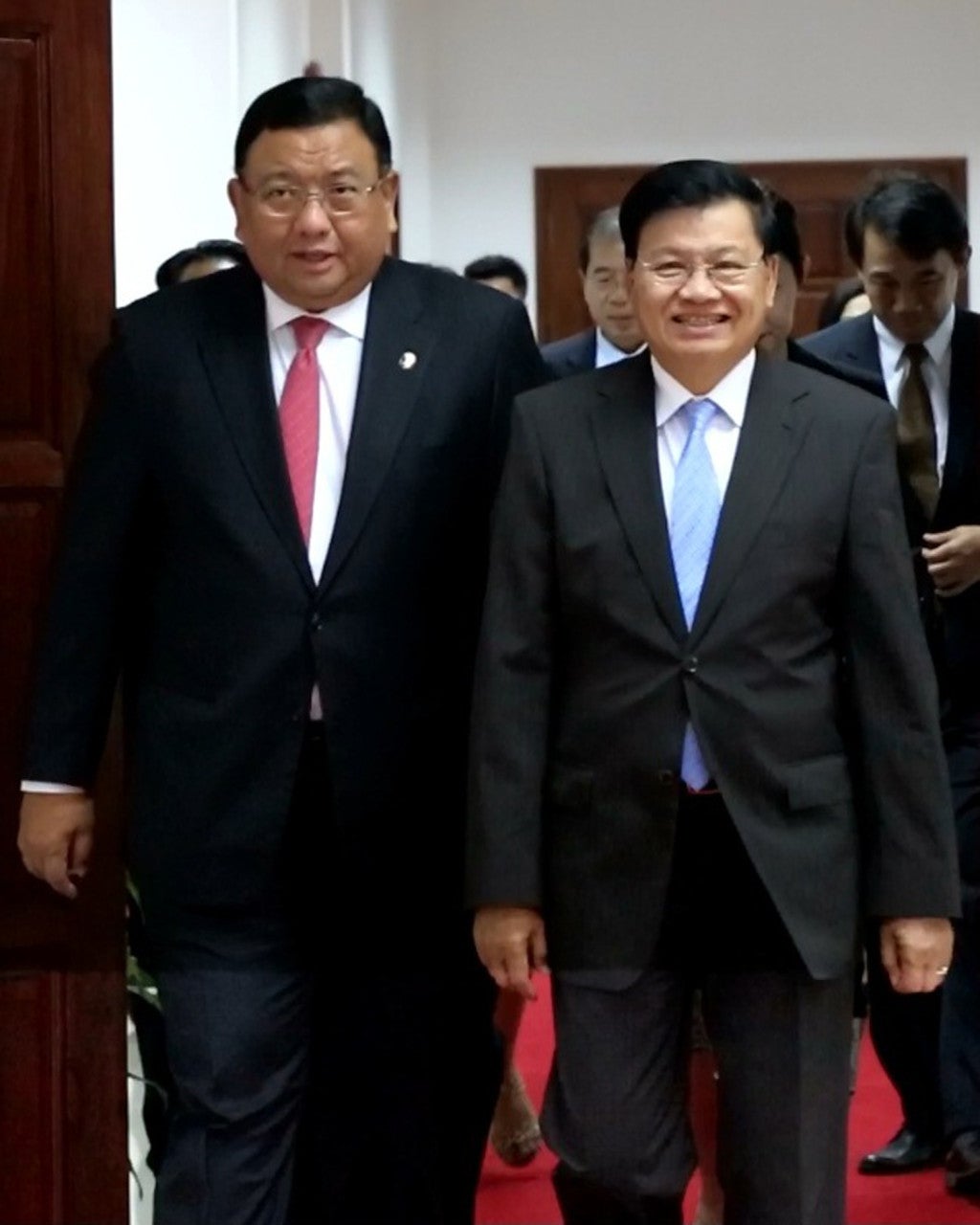 VIENTIANE, Laos—The governments of Laos and the Philippines have agreed to explore ways to deepen their ties and expand economic cooperation during a visit by Philippine Foreign Affairs Secretary Rene Almendras to Laos this week.

Almendras’s three-day official visit from April 18-20 is in response to an invitation from his Lao counterpart Thongloun Sisoulith, the Lao Ministry of Foreign Affairs said in a press release.

At their talks Tuesday, the two ministers agreed to seek ways to promote greater cooperation in trade, investment, education and air transport, as well as cooperation in small and medium-size businesses between the two Asean countries.

They also discussed how they could work together to remove duplicated customs duties charged on exported goods, the Lao ministry said.

With Laos taking the chair of Asean this year, the regional 10-member bloc of which the two countries are members, the ministers agreed it was necessary for both sides to work together closely to contribute to the realization of the three-pillar Asean community following the establishment of the community at the end of last year.

The ministers also exchanged views on regional and international issues of mutual interest.

The two ministers said they highly valued the growing bilateral relations and cooperation between their two countries, noting that delegations at all levels have maintained regular contacts and visits. Laos and the Philippines have enjoyed mutual support in the regional and international arenas.

The ministers briefed each other on the socio-economic development progress made in their respective countries.

Tuesday’s meeting also reviewed the successful outcomes of the Asean Foreign Ministers’ Retreat (AMM Retreat) which took place in February this year in Vientiane as well as the outcomes of the US-Asean Special Summit held in the same month in California, the United States.

During his visit, Almendras also called on Prime Minister Thongsing Thammavong and visited some historical landmarks in Vientiane.

A ‘Bahay Pinoy’ in Vientiane

Filipino teachers are in Laos, too