Formed in Saudi, Filipino male chorale sings to the world 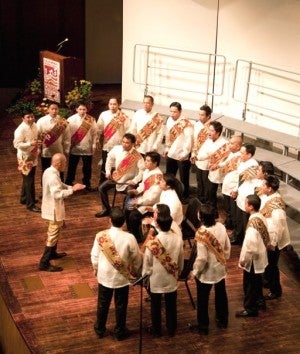 WEST COVINA, California — An all-Filipino chorale group, the Prime Note Ensemble (PNE), formed in Saudi Arabia in 2001 but now U.S.-based, has been entertaining audiences all over the world a capella since July 2009.

Prime Note Ensemble will celebrate its 15th anniversary in October at the Ford Theater in Hollywood. It’s also set to perform at Carnegie Hall in New York for the third time, in 2017. These dates are in addition to the PNE’s regular performances in America and Europe. 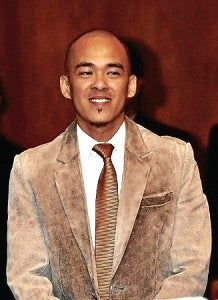 Novem Cabios is the PNE’s conductor and musical director. WEBSITE

Known for its solid performance and mesmerizing voices, the PNE has garnered awards and recognition in the World Choral Competition held every two years. But the dream of every musician is to perform at the famous Carnegie Hall in New York City. The group’s effort did not go unnoticed. Its first performance at Carnegie Hall’s Isaac Stern Auditorium on March 24, 2013 was with the distinguished composer and conductor Eric Whitacre. In 2014, it also participated in Distinguished Concert International Festival also held at Carnegie Hall.

The PNE is in the process of recording its first album, which will be released this year. The album most likely will contain both foreign favorites and Filipino songs, but the details have not yet been released.

PNE members and some of their assistants as well as immediate family members are non-immigrants with the Extraordinary Ability Visa, which the U.S. grants to an alien “who possesses extraordinary ability in the sciences, arts, education, business, or athletics, or who has a demonstrated record of extraordinary achievement in the motion picture or television industry and has been recognized nationally or internationally for those achievements.”

Most of the family members of the PNE are now in the United States. Cabios, being single, has his own art and jewelry emporium in Palm Springs. Yet he is the PNE’s full time musical director in charge of rehearsals and making necessary arrangements with various events.

Ted Benito, who is also the Executive Director-President of Apl.de.ap Foundation International, is the group’s manager.

International audiences have been wowed by the group’s a capella performances, though they may not be as well known in the Philippines.

“Wherever we perform we are not seen as Filipinos but as world-class performers. The audiences are very warm and impressed with our every performance,” says Cabios.

Still, the group has its struggles and challenges.

“It is kind of hard dealing with individual differences, but we treat everyone as family. Rehearsals and keeping up the schedules and personal activities (are key),” Cabios explains.

When the time comes to end the group’s stint in the US, each member has his own fallback, all of them being professionals and experts in their fields as engineers, landscapers and managers in Saudi Arabia before becoming musicians.

Cabios, the only one with a professional background in music, will continue being a musician, aside from tending to his jewelry business.

To Filipino artists who want to break into the international market, Cabios’ message is “just do whatever you love to do and do not be discouraged or intimidated by obstacles along the way. Go and realize your dream.”