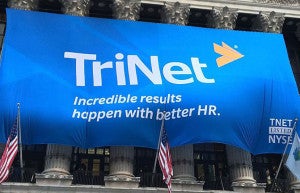 The department’s Wage and Hour Division cited TriNet Human Resources Corp. for failing to pay time-and-a-half to 267 employees who worked more than 40 hours per week. As a result, the company will pay back pay wages and damages to workers in amounts ranging from a few hundred dollars to more than $13,000 for one worker. The division also assessed $58,000 in civil penalties for the violations.

In 2012, the company paid $326,000 in back wages and damages after the division found similar violations.

“TriNet falsely believed that raising an employee’s salary exempted them from receiving overtime pay,” said Susana Blanco, the division’s Wage and Hour director in San Francisco. “Hopefully, the company will now pay better attention to the rules going forward and pay its employees the wages they earned.”

Enforced by the division, the FLSA requires that covered, nonexempt workers be paid at least the federal minimum wage of $7.25 per hour for all hours worked, plus one and one-half times their regular wages for hours worked beyond 40 per week. Employers also must maintain accurate time and payroll records.  Employers are prohibited from retaliating against workers who exercise their rights under the law.

For more information about federal wage laws administered by the division, call the agency’s toll-free helpline at 866-4US-WAGE (487-9243). Wage and Hour’s services are free and confidential. Information also is available at http://www.dol.gov/whd.