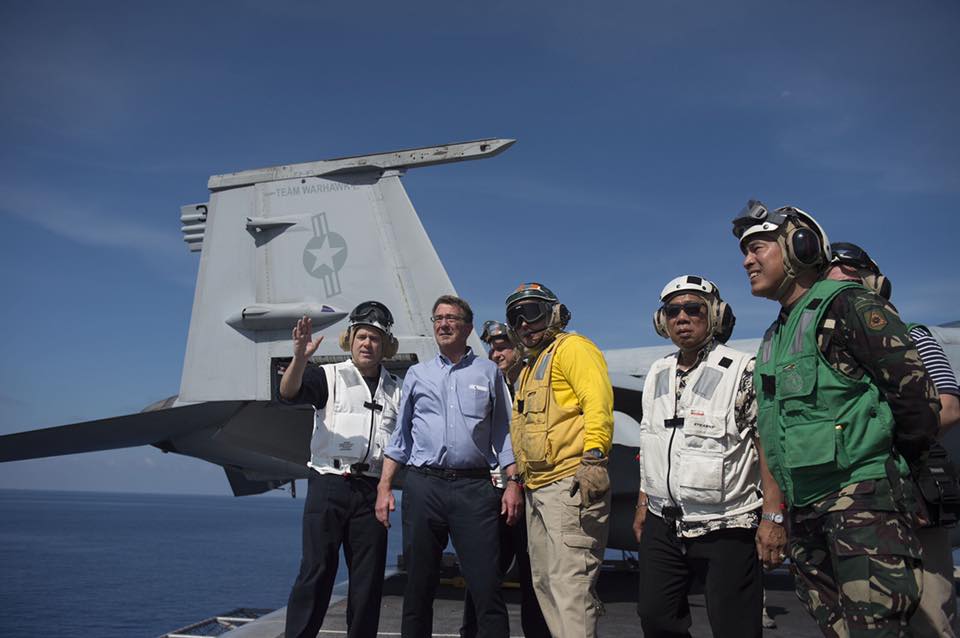 US Secretary of Defense Ashton Carter on Friday visited a US carrier in the South China Sea, an increasingly assertive stance in the face of China’s sweeping expansion in the disputed waterway.

Carter visited the USS John Stennis with Defense Secretary Voltaire Gazmin and Armed Forces chief Gen. Hernando Iriberri. The US carrier was sailing within the exclusive economic zone of the Philippine claims in the West Philippine Sea.

They also rode a helicopter, and hovered at the gas-rich Recto Bank (Reed Bank), which is claimed by China despite being within the Philippines’ 200-nautical mile exclusive economic zone.

In his message, Carter said it was “standing up” for the Philippines and other countries affected by China’s aggressiveness in the disputed waters. 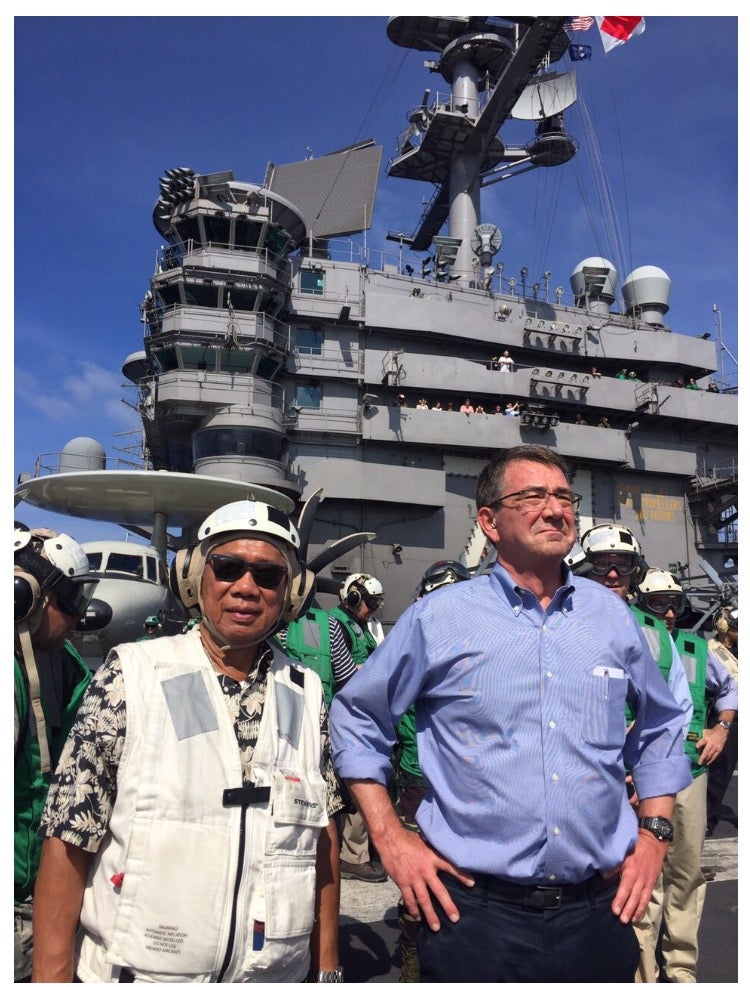 “China’s actions are causing anxiety and raising tensions. In response, countries in the Asia Pacific that are long standing allies and new partners are reaching out to the US to uphold the rules and principles that would allow the region to thrive, and we are answering that call, we are standing with these countries, we are standing up for those rules and principles,” he said.

He also thanked the troops and sailors for their active participation in the PH-US Balikatan exercises and emphasized their importance in the region.

The visiting officials also witnessed flight deck operations aboard the US carrier. 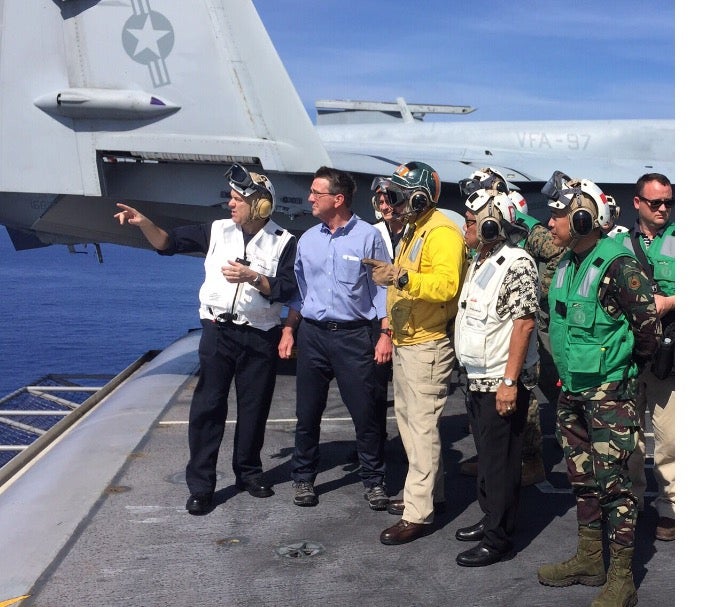 Defense officials of the Philippines and the United States watch the operations at the USS John Stennis. PHOTO FROM THE PHILIPPINE DEPARTMENT OF NATIONAL DEFENSE

Gazmin also thanked the troops for taking part in the Balikatan: “This is a clear exemplification of ‘honor, courage, commitment,’ the core values of the US Navy.

“We are also as ever reliant on the strong bond of sympathy and mutual ideals shared by our two peoples, close friends and allies, to fight side-by-sude against the threats of external aggression as we did in the past,” he added.

The officials also visited the Antonio Air Base in Palawan, one of the agreed base locations under the Enhanced Defense Cooperation Agreement. IDL