No Filipino casualties so far in twin Japan quakes—DFA 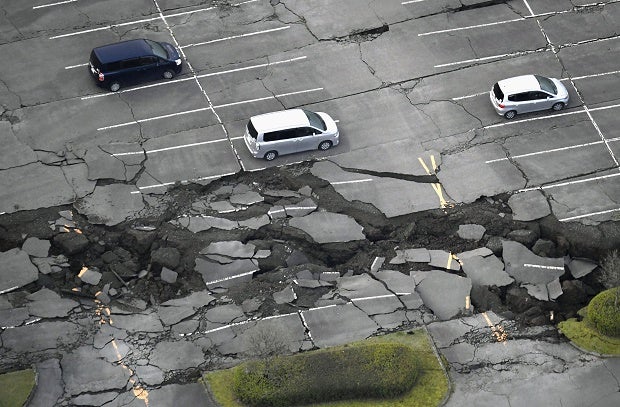 No Filipino casualties in Japan were reported so far following the twin earthquakes that killed at least 29 people in the country, the Department of Foreign Affairs (DFA) said on Saturday.

“According to our consulate general in Osaka, there are so far no reports of Filipino casualties in the Japan quake. There are around 220,000 Filipinos in Japan,” DFA spokesperson Charles Jose said in a text message to INQUIRER.net.

Japanese media also reported the eruption of Mount Aso, the largest active volcano in Japan, following the twin quakes in the area. CDG