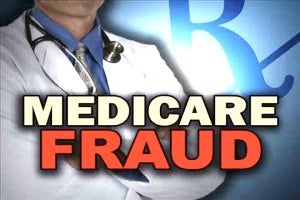 CHICAGO, Illinois – A Filipino couple accused of swindling the federal government out of $45 million through a Medicare fraud scheme has also been charged with conspiring to force a Filipino woman to work as their nanny and housekeeper against her will.

The charges against Richard and Maribel Tinimbang are in an April 6 indictment in U.S. District Court in Chicago, as part of a larger health care fraud investigation, according to a U.S. Department of Justice press release.

The investigation has led to charges against 13 other people. Those people worked at three health care companies owned by Josephine Tinimbang, Richard’s mother, and are accused of conspiring to commit health care fraud and laundering money to conceal the scheme.

The couple — who attempted to conceal the money they pocketed by claiming business expenses — and Josephine Tinimbang used proceeds from the scheme to purchase vehicles, jewelry, shares of stock and real estate, including a 5,000-square-foot home in Lincolnwood, prosecutors said.

The three companies paid bribes and kickbacks in exchange for referring elderly and disabled patients for treatment that was funded by Medicare; ignored doctors who refused to certify beneficiaries as being in need of in-home treatment; and falsified medical records to make patients appear sicker than they actually were, prosecutors said.

Three people have pleaded guilty and are awaiting sentencing, while the other 10, including Josephine Tinimbang, are awaiting trial.

The April 6 indictment also accuses Richard Tinimbang of submitting fraudulent forms to the U.S. Department of Homeland Security so that a Filipino woman could legally work in the country.

He claimed in a form that the woman would be hired as a business analyst at Josdan and she would therefore be qualified for an H-1B visa.

However, when she arrived in the U.S., she went to work full-time as a nanny and housekeeper for the couple and others.

Richard and Maribel Tinimbang also tried to get the woman to sign a seven-year “servitude contract,” indicating she would be paid $66 per day, regardless of the number of hours worked. The contract also stated that if the woman quit before the seven years were over, she would be required to pay $25,000 in damages.

They also threatened to send her back to the Philippines without being paid if she didn’t surrender her passport and sign the contract, prosecutors said.