Fil-Am lensman to the stars breaks into New York market 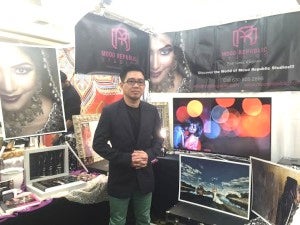 Every photograph tells a story, says Jose Tan in his studio, the Mood Republic. CONTRIBUTED

BANGKOK — “We all react to what we see especially if it has a sense of connection to us. Patterns, colors, shapes, light, shadows, events, etc., but I think, the passionate side in us or people in general magnifies the effect,” explains Jose Tan, 41, from Iloilo City.

Tan had already built a name for himself in Asia, Bollywood and Hollywood, having photographed famous people before moving on to New York.

He doesn’t think of New York City as a challenge. He believes he has something to offer as photographer that would resonate with the city’s values.

“At the time of our graduation. Due to the high supply and lesser demand for nurses going to the States. I decided to follow my girlfriend to Thailand,” Tan explains. “I only planned to stay for a couple of weeks, but an opportunity was presented and I was invited to apply for a teaching jobs in one of the international schools in Bangkok.

By the mid-2000 Tan was among the most sought after magazine and fashion photographers in Bangkok.

“New York City has a very diverse community. Breaking into this kind of society is not easy,” says Tan.

Although there were people who helped him while establishing himself in New York, there were also lots of negativities and backbiting especially accusations of “stealing clients” that could get one discouraged.
It took him a lot of patience, research, planning, networking, talking to the right people and taking action. Instead of competing with street and fashion photographers Tan embarked on wedding photography.

His market consists of high-end and upper-middle class Asian and American couples in the New York and New Jersey area.

“You really have to do things right, yes you take calculated risk, but doing things you love, hustle and do it right will take you far. Recently, I started my high-end wedding photography company, the Mood Republic. At the moment we are solid in our wedding photography services due to high demand, we will be adding cinematography to our services soon,” Tan narrates.
Tan studies filmmaking and is a member of the Professional Photographers of America (PPA), Fearless Photographers and Wedding and Portrait Photographers International (WPPI)

Tan was the leading exhibitor at the Dulhan Expo, the largest Asian Bridal Expo in the World last March 20, in Marriott Melville, Long Island New York. His photo was used as a promotional poster in New York, New Jersey, Pennsylvania and Connecticut. 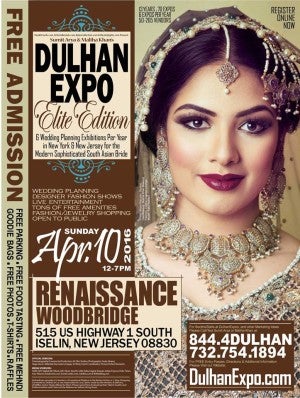 An Indian bride model shot by Jose Tan and now the poster for Dulhan Expo. CONTRIBUTED

As of this writing, Tan is in the stop spot in W Magazine’s The Shot — Who is the Next Big Name in Photography Competition in which the panel of judges includes W’s Stefano Tonchi, W’s Esme Rene, Hugo Boss’ Jason Wu, ICP’s Charlotte Cotton, and photographers Inez & Vinoodh.

“You have to consistently produce new creations. As competition is stiff here in North America. What might work before might not work now so you have to be creative,” explains Tan.

Aside from his studio he has been conducting workshops internationally. He maintains also websites www.josetan.com or www.moodrepublic.com

“Photography is a very fulfilling endeavor. But like a child, you have to take care of it so it will grow and be very productive to your advantage. Attending workshops also has merit. But you just have to find the ones that will empower you and your craft. Make sure you have the fundamentals,” he states.