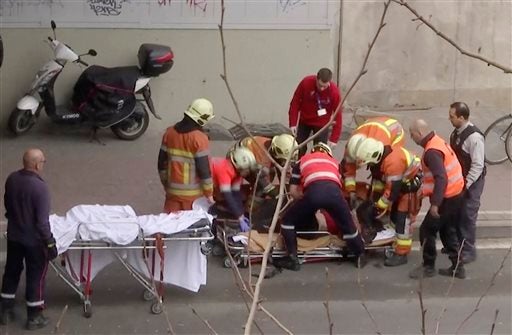 In this image made from video, emergency rescue workers stretcher an unidentified person at the site of an explosion at a metro station in Brussels, Belgium, March 22, 2016. (APTN via AP)

Belgium was put on highest alert level Tuesday after a series of explosions tore through the airport and subway system in Brussels Tuesday morning, Philippine Ambassador to Belgium and Luxembourg Victoria Bataclan told INQUIRER.net.

Bataclan, quoting television reports, said 13 people died while 35 others were seriously injured, just days after the main suspect in the November Paris attacks was arrested in the city.

“People were being herded out of the airport now,” she told INQUIRER.net in a Facebook chat.

Bataclan urged Filipinos in the Belgian capital to stay at home or in the office while the situation remained volatile.

“Stay  where you are. Be safe, watch the news. Ask help if you need,” said Bataclan, who is also the head of the Philippine Mission to the European Union.

She also expressed “deepest sympathies to the victims” as she prayed “for the safety of everyone.” DAM 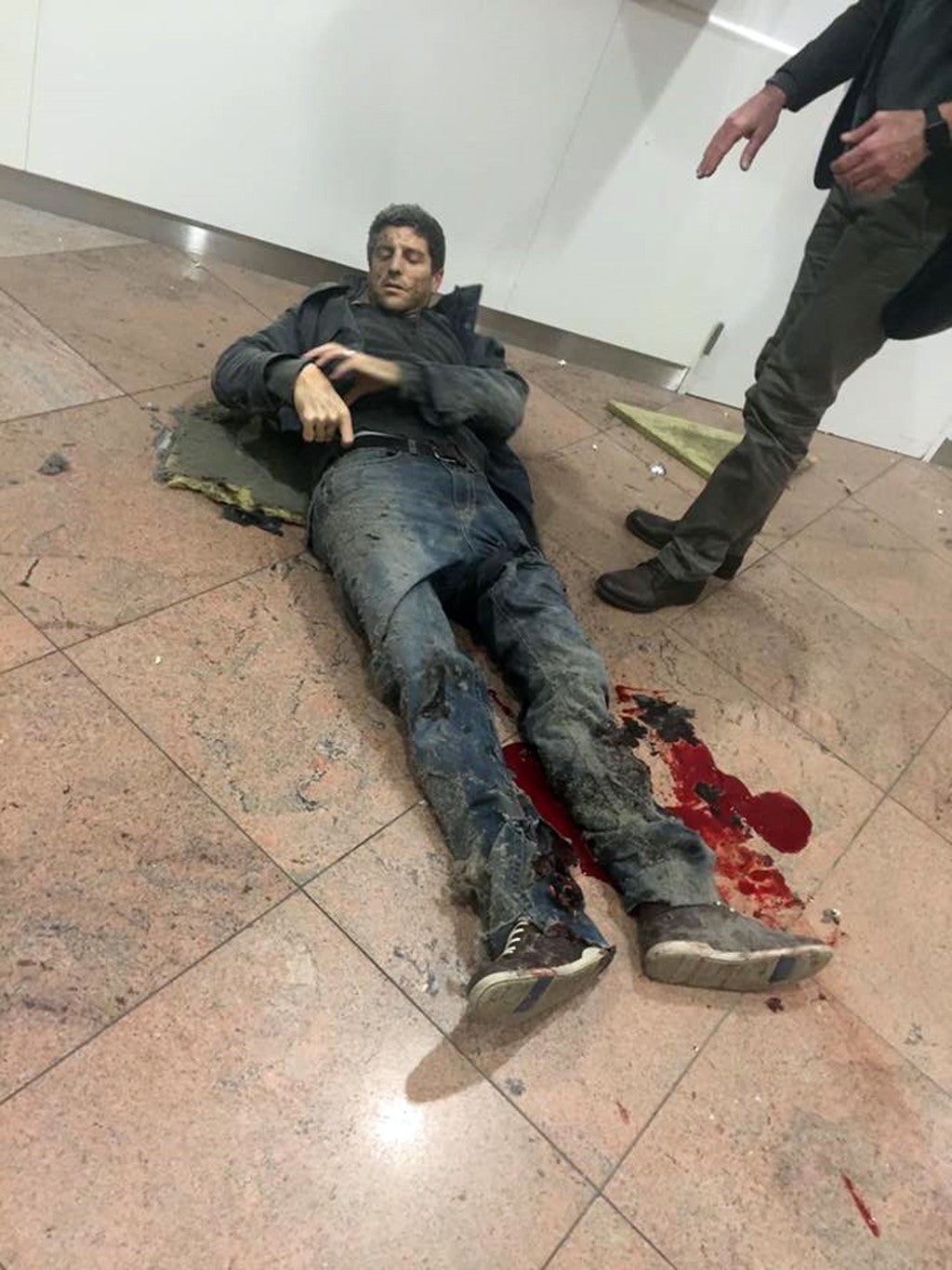 A man is wounded in Brussels Airport. AP