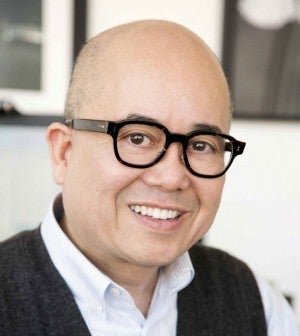 Fritz Friedman has been tapped for the credentials committee of the Democratic Party National Convention.

As part of the committee, Friedman will help determine delegates’ credentials for the DNC’s convention this July in Philadelphia.

During a DNC Executive Committee meeting in January, 75 party leader and elected official members, as well as over 160 members that are elected from each state, were appointed to the three convention standing committees: credentials, rules and platform.

“I am extremely proud of the experienced group of individuals who are ready and dedicated to serving our Party on the Convention Committees,” DNC Chair Rep. Debbie Wasserman Schultz said in a statement.

She said further: “This slate represents the great variety of perspectives, backgrounds and experiences that make up our Party. We wanted to make sure that the diversity of our party was reflected to the highest levels in terms of race, gender, age, and geography and feel confident that these individuals will do a tremendous job in this capacity.”

Friedman said it was an “honor” to be named to the 25-member credentials committee.

“This appointment reflects a recognition of the growing importance of Asian American and Pacific Islanders in the political process. Filipinos are a significant percentage of the AAPI demographic which is now the fast-growing racial group in The United States,” he told the Asian Journal.

“So, I would encourage all Filipino Americans to become a part of the political process. And the first step is to raise your voice through your vote and help create the future that you want for yourself, your family and your community,” Friedman added.

At the convention, Democratic candidates for president and vice president will be formally nominated, and the party’s official platform will be adopted.

Friedman, who was senior vice president of Worldwide Publicity for Sony Pictures Home Entertainment and Sony Pictures Worldwide Acquisitions, executed some of its most successful publicity campaigns including those for “Close Encounters of the Third Kind,” the “Spider-Man” and “Men In Black” franchises, “The Social Network”, “22 Jump Street” and “The Equalizer” as well as such iconic television hits as the “Seinfeld” and “Breaking Bad” TV-on-DVD series.

In addition to his achievements in entertainment, Friedman serves as vice chair of development for the California Commission on the Humanities and is currently on the faculty of the Annenberg School for Communications and Journalism of the University of Southern California.

He has also helped lobby for veterans benefits for more than 18,000 Filipinos veterans of World War II, for which he was given a Presidential Citation by the Philippine government during President Gloria Macapagal Arroyo.