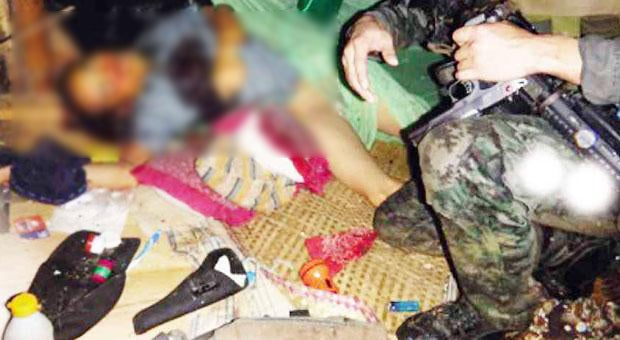 MANILA—Malaysian terrorist Zulkifli bin Hir also known as Marwan was killed by his aide and not by the police Special Action Force (SAF) as claimed by President Benigno Aquino III, a Mindanao-based party-list group said.

Another INQUIRER source who has investigated the Mamasapano debacle said such was the same information his team gathered and it was also the name of Singgagao that surfaced.

However, the INQUIRER source said Singgagao is alive and remains in hiding.

The story about Marwan’s aide killing the terrorist in exchange of money went around in Central Mindanao soon after the bloody encounter that left 44 SAF commandos, 17 Moro rebels, and five civilians dead.

The Moro Islamic Liberation Front had also said in its report that Marwan was killed by his aide, however, stopped short of naming Sanggagao.

More than year since the botched operation, the story of the aide killing Marwan continues to persist although Aquino had tried to end it by declaring in September 2015 that it was the SAF commandos who killed Marwan, even after opposition Senator Juan Ponce Enrile reopened the Senate investigation into the debacle last month.

“This is the ultimate truth,” Agdumag told the INQUIRER by phone on Wednesday.

AWAT party-list is a little known political group, however, its members are Mindanaoans with a vast network in the region.

It will hold a press conference at 2 p.m. Friday at the Manila Pavilion to present their report to the media.

The group had sent its investigation findings, shown to the INQUIRER, to the offices of Enrile and Sen. Grace Poe before the Senate re-opened its hearing on Mamasapano last Jan. 27.

“I don’t know why the senators did not use our report, but we couldn’t sleep not saying the truth,” Agdumag said.

This is the version Agdumag’s group gathered from almost a year of investigating on what led to the bloodbath:

Through various other assets, Sanggagao was recruited into the Marwan operation being planned by then Philippine National Police (PNP) chief Director General Alan Purisima and then PNP Directorate for Intelligence head Charles Calima.

The assets, including Sanggagao, were assured of sharing P50 million in reward money for their help in taking down Marwan. Sanggagao was given money to build a hut some 500 meters away from Marwan’s hut and to buy necessary gadgets to enable him to monitor the terrorist’s every move.

In the first hours of Jan. 25, Sanggagao shot Marwan dead and cut off his right index finger and handed it over to the SAF (while another photo showed a SAF commando cutting off Marwan’s left index finger.)

However, Sanggagao was surprised to hear gunshots from the SAF and feared that he would be liquidated.

A frantic Sanggagao called up another asset, who recalled that the aide’s last words, said in their dialect, were: “Why are they shooting me?” Then the line went dead.

The other asset, assisted by comrades, recovered the bodies of Marwan and Sanggagao and buried them.

The party-list group said an exhumation of Marwan’s body is possible, if the government would want the issue done. RAM