The Emperor and Empress wave at the public before going inside the plane pic.twitter.com/jEdpkyoo1g

Japanese Emperor Akihito and his wife Empress Michiko departed for Japan on Saturday, ending their 5-day state visit in the country.

The Boeing 747-400 jetliner carrying them and other members of the Japanese delegation took off from the Balagbag Ramp at the Ninoy Aquino International Airport Terminal 3 at 12:17 noon. 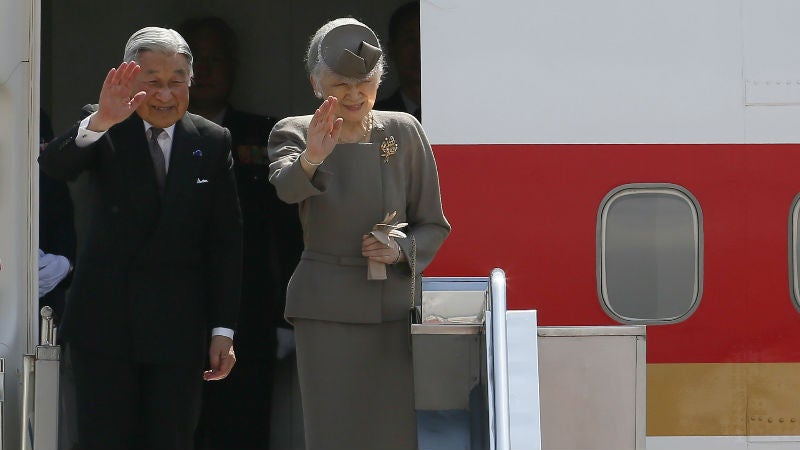 Japan’s Emperor Akihito and Empress Michiko wave to bid farewell to the crowd prior to boarding their plane at the Ninoy Aquino International Airport in Pasay to conclude their five-day state visit to the Philippines Saturday, Jan. 30, 2016. The royal couple paid respects at memorials for both the Philippine and the Japanese war dead. (AP Photo/Bullit Marquez)

Plane carrying Emperor and Empress takes off at 12:17 noon pic.twitter.com/J05IvRyGb0