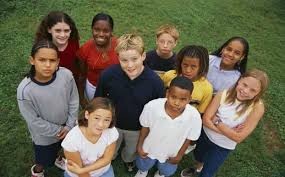 SAN FRANCISCO–California schools will once again be able to offer mental health programs for students in kindergarten and grades one to three who are struggling with anxiety and other trauma- or stress-related symptoms, if a bill introduced in the legislature earlier this week passes.

“The evidence is clear that when we don’t intervene, many children are more likely to be either victims or perpetrators of crimes,” Harris said in a statement.

Bonta’s bill would restore funding for mental health services that were once offered on 464 school sites around California under the state’s Early Mental Health Intervention (EMHI) program launched in 1992. The state gave matching funds to schools that provided intervention programs. AB 1644 is estimated to cost the state about $1 million a year.

In 2012, the state defunded the program, citing budgetary reasons. Research showed that 79 percent of the children who received those services improved their behavioral and social skills.

Early childhood mental health advocates say the teacher training and funding isn’t adequate to support young students who are experiencing symptoms resulting from stress and trauma. In its 2016 California Children’s Report Card, Children Now gave the state a D minus when it comes to spending on assessing and treating children who have mental health challenges.

The Children Now report warns that if kids struggling with mental health disorders don’t get the treatment they need, they are more likely to be hospitalized, drop out of school and become “involved with the justice system.” The report also says that only 40 percent of children under the age of six with mental health issues get the support they need.

California has the highest student-to-counselor ratio in the nation, with an average of 1,016 K-12 students per counselor, according to EdSource. The American School Counselor Association recommends a ratio of 250 to one.

The question of a school’s responsibility to provide services to students suffering ACE related trauma is at the core of a lawsuit filed against the Compton Unified School District in Los Angeles. Five students and three teachers there have sued the district for allegedly failing to provide adequate training and resources for coping with trauma. The CUSD, the plaintiffs say in the federal lawsuit filed last year, is setting them up for academic failure.

Robert Hull, a school psychologist in Prince George’s County in Maryland, who has extensively researched the impact of complex trauma on childhood development, observed: “There’s a huge number of children walking into kindergarten with trauma. They’re just sitting in the classroom trying to make it through the day, not profiting from the instruction, however good it may be.”

By providing them early intervention, he said, “you are moving them from a survival mode into a learning mode.”

Bonta’s bill would establish a four-year pilot program in schools that are serving students who have experienced high levels of childhood trauma and adversity, expand the EMHI program to include younger children, and provide regional trainings and support to schools on mental health and trauma.

Read Next
Wanted: Energetic interns for Asian American vote drive
EDITORS' PICK
IATF to LGUs: Issue ordinances vs attacks on frontliners, COVID-19 patients
Nograles: Cabinet members to donate 75% of monthly salary to aid COVID-19 fight
Diokno to Duterte: OK to make fun of buck tooth, but focus on people’s needs first
10 Filipinos positive for COVID-19 in UK, 7 in Ireland — envoy
Quick chat with Nicole Andersson: ‘You really don’t need much to be happy’
Robredo spox thanks Duterte for defending VP’s efforts vs COVID-19
MOST READ
Gov’t mulling quarantine period extension of 15-20 more days
Sotto on Isko Moreno’s call: We do our job without the media following our every move
Cook more and eat less: Tips on your quarantine diet
ADB warns PH against prolonged lockdown
Don't miss out on the latest news and information.