Filipino photographer trapped for an hour in burning Dubai hotel 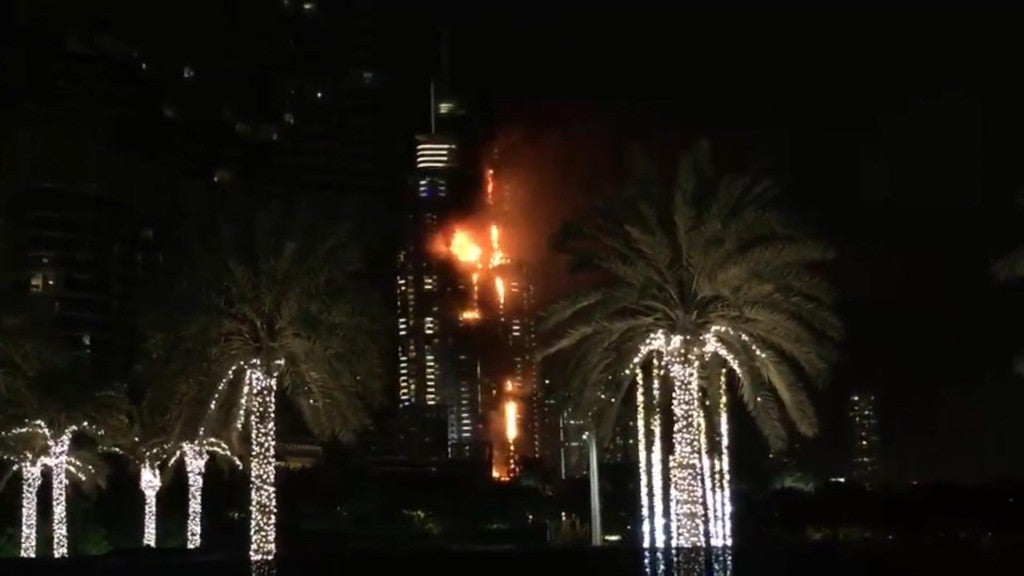 A Filipino photojournalist was trapped inside the burnt The Address Downtown Hotel in Dubai on New Year’s Eve, a report by the Khaleej Times said.

The report said Dennis Mallari, who was working for a local newspaper, was stranded at the balcony of the hotel’s 48th floor. He and his colleague were given access to the top floors to take photos of the fireworks display at the nearby Burj Khalifa.

“I was busy clicking pictures when my colleague suddenly screamed that there was a fire,” Mallari was quoted as saying. “I looked around, trying to understand the situation. By this time, I saw my colleague had run away.”

Mallari said he started gathering his things and attempted to vacate the hotel, but the “thick and black” smoke prompted him to run back to the balcony.

“I had no option but to stand there waiting for help,” he said.

Noting that not so many people were on the same floor when the blaze started, Mallari called the police and informed them that he was stuck in one of the top floors.

“I don’t know how long I stood there waiting to be rescued,” he said. “Finally the Civil Defence reached me using the ladder.”

Mallari was rescued unharmed, but was treated for smoke inhalation.

The report also quoted the photojournalist’s wife as saying that Mallari called her and said that he would make a rope out of the bedsheets to escape from the balcony.

“I was so worried for him. He said there is a lot of smoke in there and he has been stuck for quite a long time,” the wife said.