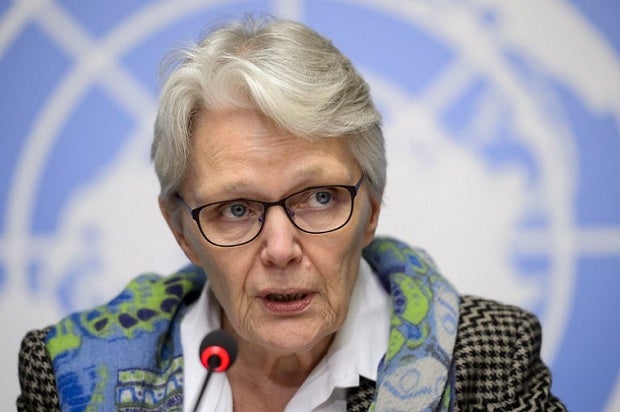 YEREVAN, Armenia—The outgoing head of the Geneva-based United Nations Office for Disaster Risk Reduction  has lauded the Philippines anew for having the right disaster risk reduction and management policies, as well as taking proactive climate change adaptation and mitigation measures.

Interviewed on the sidelines of the just-ended Third International Conference on Public Awareness as a Cornerstone of Disaster Risk Reduction and Sustainable Development, hosted by this Central Asian republic, Wahlstrom recalled that during the recent climate change summit in Paris, Mr. Aquino had expressed his “determination” to make DRR policies work.

She pointed out that in the Philippines—which is on the UN list of the five most disaster-prone countries in the world—“DRR is practical, it’s tested and will help your government implement the climate change adaptation agreement, as well as the [UN] development goals.”

“So use the instrument that is there. It’s yours, and the Philippines has contributed so much to it,” she added.

According to Wahlstrom, “the money is not really a problem because the resources are being made available” by the government.