40% drop in proportion of Calif. kids with no health coverage 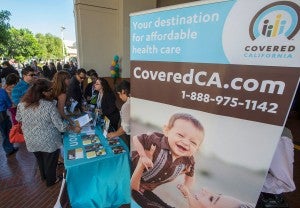 PALO ALTO, California — More California children than ever have health coverage. Between 2010 and 2014, the estimated percentage of children who were uninsured in California fell to 5 percent, a 40 percent drop , according to the most recent data available on Kidsdata and collected by the American Community Survey.

The shift, which represents an estimated 350,000 more children who now have insurance coverage, is largely due to the implementation of the Affordable Care Act (ACA).

California’s downward trend mirrors national trends. Across the country, the rate of uninsurance fell to 6 percent, a 25 percent drop, during the same time period.

Still, with nearly 500,000 children in the state lacking coverage, many gaps remain. An estimated 11 percent of American Indian/Alaska Native children, for example, were uninsured in 2014—double the percentage for all children and higher than all other racial/ethnic groups.

Immigrant children, especially those with undocumented parents or those who are themselves undocumented, are at particular risk of being uninsured and without regular health care.

Children with health insurance are more likely to receive needed medical care and have improved school performance, and they are less likely to have costly hospitalizations.

Providing high-quality, accessible, and affordable health care to children requires comprehensive insurance coverage for all children; an appropriately trained and compensated provider base, including a sufficient number of subspecialists; parental understanding about what care is needed and how to obtain it; and effective systems of care, including “medical homes.”

Continued, effective implementation of the ACA, including efforts to streamline enrollment and renewal processes, will influence progress in future years.