What’s next for PH after the Paris agreement? 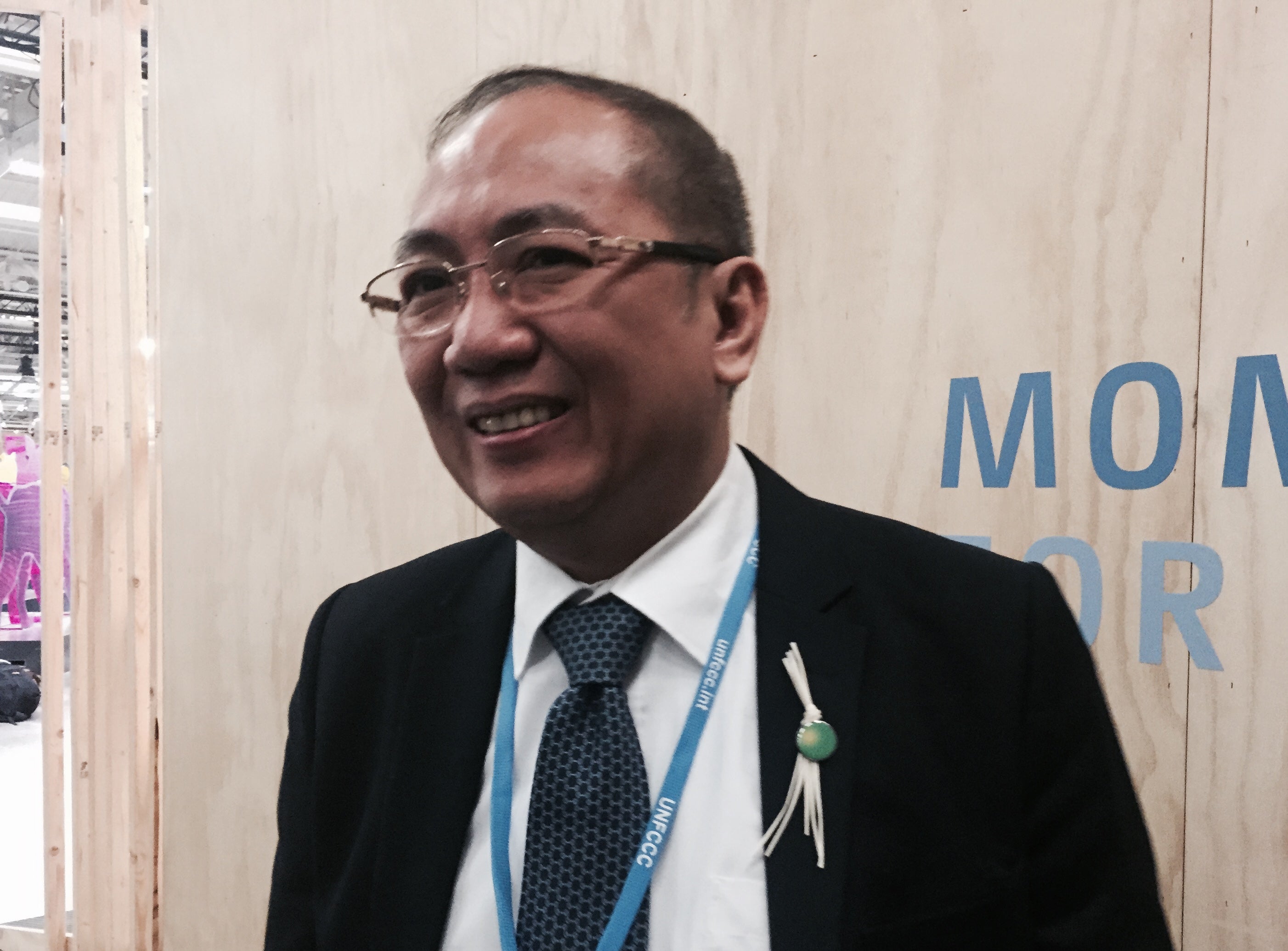 Secretary Manny de Guzman of the Climate Change Commission at the 21st Conference of Parties in Paris. Photo by Kristine Angeli Sabillo/INQUIRER.net

PARIS — The Philippine delegation to the climate negotiations will still have a number of things to do when they return to the country to deliver the good news.

Secretary Emmanuel “Manny” de Guzman, head of the delegation and vice chair of the Climate Change Commission, said they will have to ensure that laws and implementing rules are set into place after the country adopted the Paris Agreement on Saturday evening in this city.

The Paris Agreement is the first universal, legally-binding agreement on climate change. It seeks to reduce global warming to “well below 2 degrees Celsius above pre-industrial levels and to pursue efforts to limit the temperature increase to 1.5 degrees Celsius above pre-industrial levels” through different measures and based on national climate commitments.

“First we will report to the president and to the legislature. And also we will have a special meeting of all the agencies concerned,” De Guzman told Filipino reporters at the sidelines of the conference held in Le Bourget.

De Guzman said the Philippines will also have to review its Intended Nationally Determined Contributions (INDCs) or climate commitments, which were submitted last October.

The Philippine government committed to reducing the country’s greenhouse gas emissions by 70 percent by 2030. However, it is a conditional commitment, meaning the implementation of the measures will rely on financial and technical support from the international community.

“We will have a review of our INDCs. We will have a dialogue on how we can actually achieve the goals that we’ve set in our INDC,” De Guzman said.

He explained that ordinary Filipinos will benefit from the agreement, especially farmers and fishermen who are most vulnerable to the effects of climate change.

He said agriculture and coastal communities will be given opportunities to build back better and be more resilient.

Better livelihood awaits them, he said, as developed countries promised to support adaptation and mitigation programs.

He said there will still be COP meetings to further discuss the details of the agreement.

The Secretary said the delegation is very pleased with the agreement. “Now we have a universal agreement. We have found a common ground where we could work on and move forward as one family of nations with greater ambition and resolve, to really combat effectively the climate change impacts,” he said.

Among the core provisions that the Philippines successfully lobbied for are the 1.5 degrees Celsius goal and the inclusion of human rights in the preamble.

“We got that reference to 1.5. Global warming limit. It means we are given a chance to survive and to thrive,” De Guzman said. “And we also have acknowledgment and assurance of ensuring ecosystems integrity in all our climate change actions.”

De Guzman, who spent many nights and mornings in the negotiating table, said the whole delegation was very tired but happy.

He said the Climate Vulnerable Forum, which the Philippines currently chairs, is “very happy” with the outcome, especially since it led the campaign for a 1.5 degrees Celsius target.

“We will really endeavour to achieve that particular limit global warming. So it will drive action in mitigation. It will also define how developed countries will support developing countries,” De Guzman said.