INC won two more cases — one in US, one at CA – spokesman 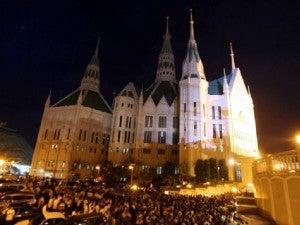 MANILA, Philippines — The Iglesia ni Cristo has won two more court cases against two of its critics — one an expelled member in the United States, the other a leader of the rival religious group Ang Dating Daan.

INC spokesperson Edwil Zabala said a court in Virginia Beach, Virginia, USA sided with the INC with regards to the case filed by an expelled church member who wanted weekly offerings she previously made as an INC member returned to her after she was removed from the church.

The US judge declared Rose’s testimony as “erroneous” after she claimed in court that weekly offering “deposits” she made before her removal should be returned to her “since the expulsion precludes her from continuing in the weekly offering towards what INC members refer to as the Annual Thanksgiving Offering.”

Zabala said Iaquinto reminded Rose that any church offerings were made voluntarily and “made to honor God.” The offerings, the court declared, were “also what she would have devoutly agreed to when still a member of the Church of Christ.”

The judge asked Rose if she would be satisfied if Inocencio gave her what she had already set aside, and after she responded no, Iaquinto remarked that “it seems like you just want to get back at the Church.”

Rose was reported to have been influenced by the “Restore the Church (RTC)” movement, a group composed of former INC members based in the US, which called on existing INC members to stop making offerings to the church. RTC had campaigned for the filing of a class action suit against the Church and its officials, but the plan did not materialize as Rose was the lone plaintiff in the Virginia court case.

Meanwhile, the Court of Appeals upheld with finality its ruling last April that Ang Dating Daan leader Eliseo Soriano could no longer legally appeal his conviction from the libel case filed against him by the INC.

In a three-page decision dated Nov. 24, the appellate court’s Former Sixteenth Division denied the motion for reconsideration filed by Soriano’s lawyers, which sought the reversal of the decision of the Quezon City regional trial court’s denial of right to appeal his conviction.

On Dec. 16, 2013, the RTC found Soriano guilty of two counts of libel and ordered him to pay P120,000 in fines and moral damages. The INC, represented by its general evangelist Bienvenido Santiago, sued Soriano for saying in his television show in April 2003 that the INC was “a church that kills, swindles, terror[izes] and steals.”

Since Soriano was abroad during the promulgation of the case, the RTC judge denied his right to elevate his case to the Court of Appeals. The judge cited Section 6, Rule 120 of the 2000 Revised Rules of Criminal Procedure, which stated that a person convicted in absentia must first surrender to the court and explain his absence within 15 days after conviction before he could file an appeal.

The Court of Appeals affirmed its finding that the judge did not commit grave abuse of discretion in ruling against Soriano, adding that “a party seeking relief must strictly comply with the rules of procedure or otherwise face the risk of losing the remedies available to him.”

Zabala said that the INC’s legal victories “only reinforce what we have said from the beginning; that when the facts and the evidence are weighed by a court of law, we have nothing to fear as these charges will be exposed for what they really are: nuisance cases filed in an attempt to besmirch the reputation of the church and our officials.”

“We continue to be vindicated by court and prosecutor rulings here and abroad. Our detractors know they cannot win in a court of law, which is why their only option is to take their baseless and fantastic stories to the media,” he added.

Zabala revealed that the INC has been receiving reports from members and sympathizers that the campaign against the church would continue.

“If the desire of our detractors is to bring the church down and sow disunity within our membership, their baseless tirades are actually doing the exact opposite. We count our legal victories as blessings that strengthen our resolve to defend the church from these planned, sustained and well-funded attacks,” the INC spokesperson added.  SFM