Pemberton should be detained in PH facility—Bayan 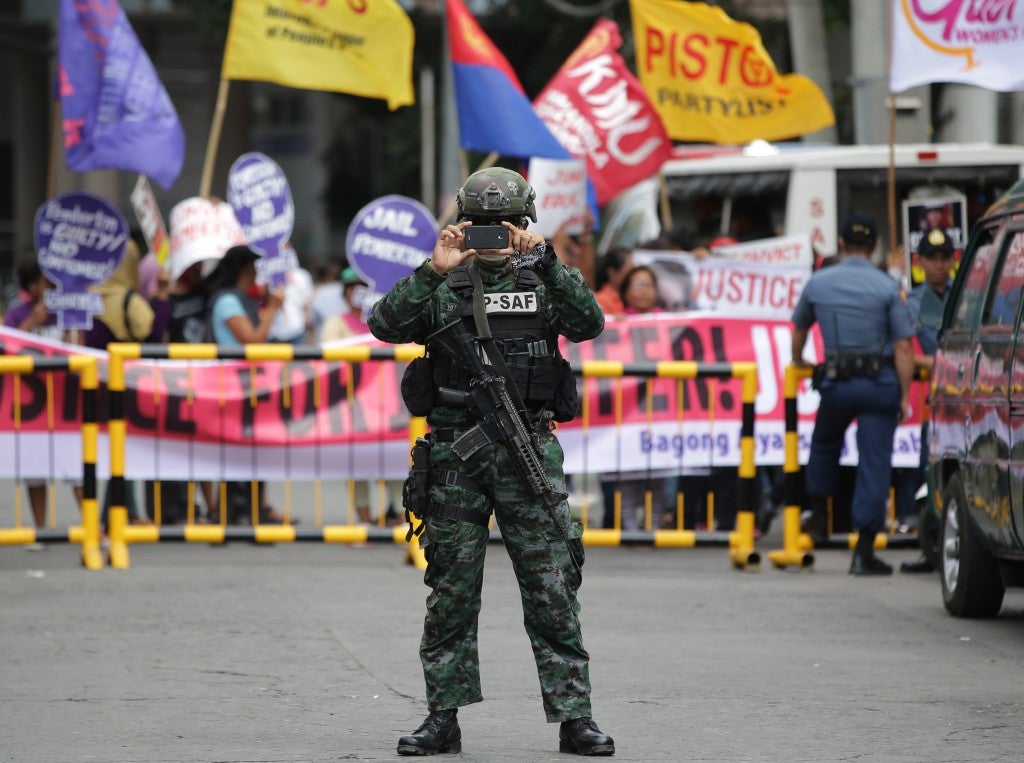 Pemberton, who was declared a national prisoner, will be temporarily jailed at the New Bilibid Prison in Muntinlupa City pending the agreement of the United States and Philippine governments regarding his detention.

“The Filipino people welcome the conviction of US Marine Joseph Scott Pemberton. A PH court has found beyond reasonable doubt that Pemberton was the one who killed Filipino transgender Jennifer Laude,” said Bayan secretary general Renato Reyes, referring to the ruling of the Olongapo Regional Trial Court which sentenced Pemberton to up to 12 years imprisonment for homicide.

READ: Pemberton guilty of homicide in Laude case, sentenced up to 12 years

While welcoming the verdict, Reyes also called for the scrapping of the Visiting Forces Agreement, which he said was the “basis” of crimes involving US soldiers.

“We now ask that Pemberton be placed in a PH penal facility, without special treatment. We continue to fight for the termination of the Visiting Forces Agreement (VFA) which is the basis for the continuing presence of US troops in the country,” Reyes said.

“Many of these soldiers go on rest and recreation trips which are usually the condition where crimes are committed,” he added.

The Olongapo court said the prosecution failed to prove that there was aggravating circumstances of treachery and abuse of superior strength to convict Pemberton of murder.