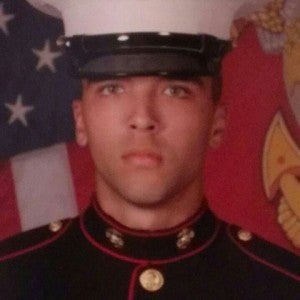 MANILA, Philippines — The Armed Forces of the Philippines is preparing for Tuesday’s promulgation of the verdict in the trial of Lance Cpl. Joseph Scott Pemberton for the killing of transgender Jennifer Laude.

The AFP has tightened security at Camp Aguinaldo, where the 20-year-old United States Marine has been detained for more than a year inside an airconditioned container van in a compound there.

There will be no military contingent securing Pemberton as he is being transported to Olongapo City, where the promulgation will be held, and back to his detention cell.

For the most part, U.S. forces will be securing the accused U.S. Marine, joined by the Philippine National Police and the Bureau of Jail Management and Penology.

“The AFP will be there to assist only and comply with the court orders that will be issued,” said Col. Restituto Padilla, the AFP spokesperson, adding that all other current and existing security plans would remain the same.

Pemberton is most likely to travel by land to the Olongapo City Regional Trial Court Branch 74, which is expected to hand down its decision on the murder case against him.

The military is also expected to open the detention facility of the accused U.S. Marine to members of the media on Tuesdayin a bid at transparency. 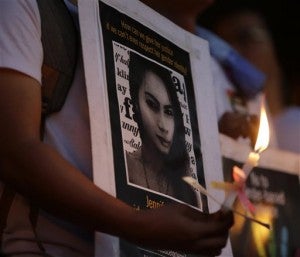 “We want to show that the AFP is following the proper procedures and process in this case,” Padilla said.

Pemberton was transferred to the JUSMAG compound from the USS Peleliu in October 2014, as mutually agreed upon by the U.S. and Philippine governments.

The highly secured JUSMAG compound is located between the official residence of defense secretary Voltaire Gazmin and the headquarters of the AFP National Development Support Command.

To enter the compound, Filipino military personnel must first coordinate with their U.S. counterparts, as the compound has been described as a U.S. camp within a Philippine military camp.

Pemberton was charged for the October 11, 2014 murder of Laude, a transgender, while the pair was inside a motel room in Olongapo City.

In his testimony last August, the U.S. Marine admitted to fighting and subduing Laude in self-defense after finding out that the victim was a transgender woman, but denied murdering her.

Pemberton claimed he brought Laude to the bathroom to sprinkle water on her face in an attempt to revive her. Laude was found dead with her head inside the toilet bowl.

The murder drew outrage from militant activists and transgender rights activists, who protested over the special treatment for the U.S. soldier in the light of the Visiting Forces Agreement.  SFM