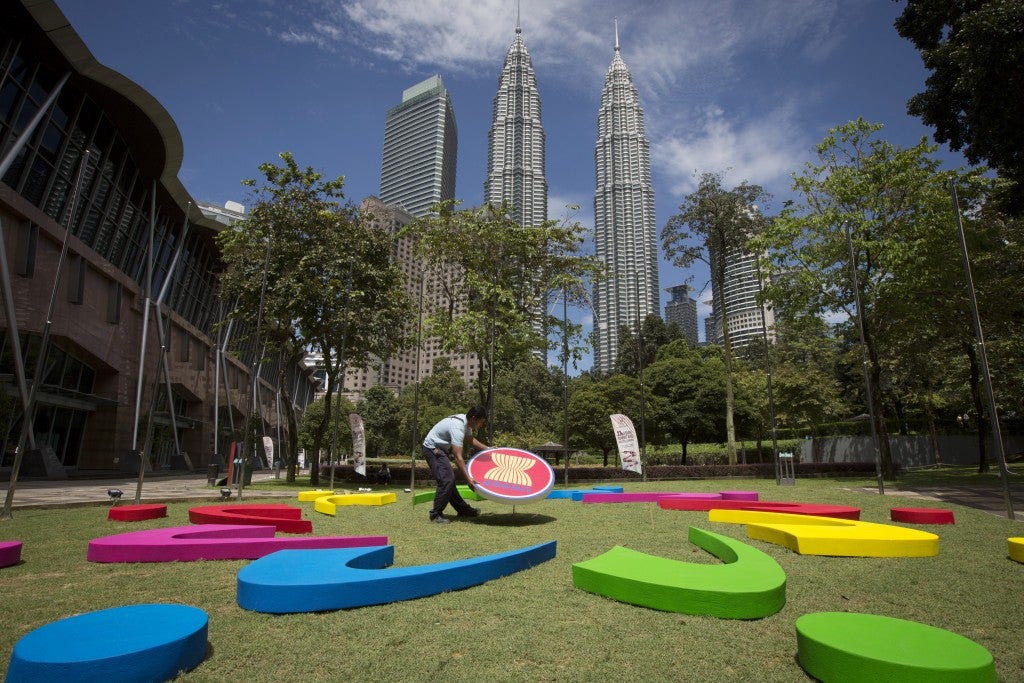 A worker makes a decoration ahead for ASEAN Summit at the Kuala Lumpur Convention Centre (KLCC) in Kuala Lumpur Tuesday, Nov. 17, 2015. The Association of Southeast Asian Nations (ASEAN) Summit takes place in Malaysia on Nov. 18-22. AP

Association of Southeast Asian Nations (Asean) leaders first bruited the idea of an integrated regional community when they met in Bali, Indonesia, in 2003—all within the context of the Asean Vision 2020 that was adopted in 1997.

In 2007, through the Cebu Declaration, Asean leaders agreed to advance the creation of the Asean Economic Community (AEC) by five years to 2015.

In the same year, the AEC Blueprint was laid out while the Asean Charter was promulgated in 2008.

“With a sense of belonging and identity among its citizens, the Asean community has contributed significantly to the peace and stability in the region, toward greater regional prosperity that will ensure that all Asean peoples and the broader global community will have more opportunities and reap the benefits of Asean integration,” said Asean secretary general Le Luong Minh.

At this year’s summit, the leaders are also expected to come out with an Asean post-2015 agenda, which will spell out how Asean will consolidate the AEC over the next 10 years.