Malaysians outraged by beheading of citizen 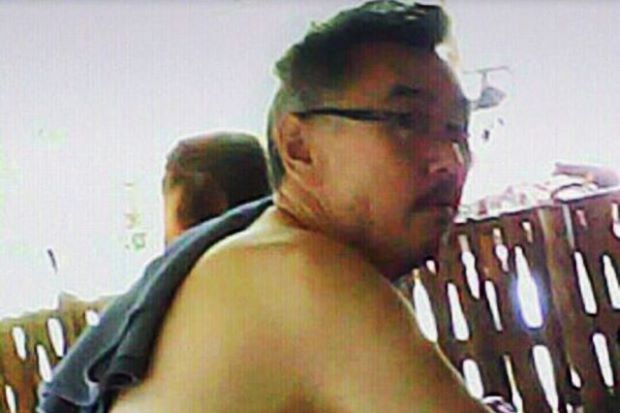 “I, the government, and all Malaysians are shocked and sickened by the murder of our countryman Bernard Then, and we condemn it in its strongest terms,” Prime Minister Najib Razak said in a statement Wednesday on his Facebook page following the reported beheading in Jolo, Sulu, of his countryman who was kidnapped by Abu Sayyaf bandits in May.

Najib, now in Manila for an Asia-Pacific Economic Cooperation (Apec) summit, called for “action against those who have perpetrated this savage and barbaric act and ensure that they are brought to justice.”

Government troops were tracking down the bandits led by Alden Bagade and Idang Susukan following the reported beheading at Barangay Taran in Indanan after Then’s family failed to meet ransom demands, a military official said.

The murder was carried out as troops were bombarding the forested area around 2 p.m. on Tuesday.

“It appears that the beheading pushed through almost simultaneously with the bombardment and rocket fires,” said a military source who declined to be named. The source said that Then was immediately buried in the area where he was decapitated.

Earlier, a commuter van was bombed in Davao City, injuring two people. (See story in Across the Nation, Page A8.)

PNP Director General Ricardo Marquez, in an interview with reporters, dismissed suggestions that the two incidents in Mindanao were linked to the Apec summit in Manila.

“These are very separate from the Apec, but we don’t disregard these events,” he said.

Col. Restituto Padilla, spokesperson of the Armed Forces of the Philippines, said ground commanders were handling the Davao and Jolo incidents.

‘Nothing to worry about’

“The security task force is on top of the situation and we are able to provide the needed security to ensure that the hosting of Apec is safe and secure and that the country is secure all over,” Padilla said. “There is nothing to worry about.”

Then, a 39-year-old engineer, was abducted in May from a seaside restaurant in Malaysia’s Sabah state, across from southern Philippines. A Malaysian woman, Thien Nyuk Fun, was seized along with him. They were taken by boat to Jolo island.

Padilla said Then was killed after ransom talks collapsed.

He said military and police authorities had received news about “the inhuman, barbaric and brutal” beheading.

In Zamboanga City, military authorities clamped a news blackout on the Jolo operations.

Col. Allan Arrojado, commander of Task Force Jolo, told reporters that “there are new instructions from higher authorities that I will no longer issue any reports from my area of responsibility.”

Founded in the 1990s with the help of late al-Qaida mastermind Osama bin Laden, the Abu Sayyaf has been blamed for some of the Philippines’ worst terror attacks, including bombings and kidnappings for ransom.

The Abu Sayyaf last year pledged allegiance over the Internet to the Islamic State group that slaughtered 129 people in Paris on Friday.

There was so far no indication that Then’s killing was related to the Paris attacks.

Many analysts believe the Abu Sayyaf has little in common with the Islamic State group ideologically, and may have merely been seeking to associate itself with the radical extremist movement’s rising profile.

The Abu Sayyaf is believed to have just a few hundred gunmen, but thrives in lawless sections of the southern Philippines, where Moro rebels have for decades fought for independence or autonomy.

If reports of the manner of his murder are true, Then will be the second foreigner to have been beheaded by the group.

The other was Guillermo Sobero, an American who was killed after being kidnapped among a group of people from a Philippine resort in 2001.

Philippine authorities say the Abu Sayyaf is holding two Canadians, a Norwegian and a Filipino woman seized in September, as well as a Dutch bird watcher abducted in the same region in 2012. They are also widely believed to be holding an Italian pizza restaurant owner snatched in October.

The Abu Sayyaf has staged cross-border raids into Malaysia before, including in April 2000 when gunmen seized 21 European and Asian tourists from a dive resort. They were released in batches after ransom was paid the following year.  With reports from AFP, Niña P. Calleja and Julie Alipala, Inquirer Mindanao